Eusebius on Diocletian persecutions and the destruction of NT manuscripts c. 303 AD 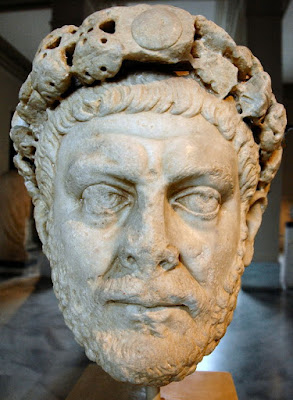 Though, as is often stated (and inflated) by Christian apologists, we have more fragments and portions of Greek NT manuscripts than any other work of antiquity, one of the major problems for those who hold to the “reconstructionist” view of NT text criticism is the fact that we have so few extant NT mss. earlier than the fourth century.  Yes, the number of extant papyri fragments continues to increase (127 listed the NA 28, though a good number of these are post-300 AD), many of these consist only of a verse or two and collectively they hardly cover the entirety of the NT (e.g., there is, for example, no papyri evidence to either support or deny the ending of Mark or 1 John 5:7-8). How can you “reconstruct” the text when there is so little evidence? Some modern academic NT text critics now suggest that the best which can be done is a reconstruction of the NT text as it existed in some places in the fourth century.

Why do we have so few early pre-300 AD Greek NT mss.?  Many were apparently destroyed during periods of Roman persecution which the pre-Constantinian Christians endured.

In Eusebius’ Ecclesiastical History (VIII.ii), he gives eyewitness testimony to persecutions during the time of the Emperor Diocletian (c. 303 AD):

All things in truth were fulfilled in our day, when we saw with our very eyes the houses of prayer cast down to the foundations from top to bottom, and the inspired and sacred Scriptures [tas entheous kai hieras graphas] committed to the flames in the midst of the market places….

It was the nineteenth year of the reign of Diocletian …. In which as the festival of the Saviour’s Passion [Easter] was coming on, an imperial letter was everywhere promulgated, ordering the razing of the churches to the ground and the destruction by fire of the Scriptures [tas graphas], and proclaiming that those who held high positions would lose all civil rights, while those in households, if they persisted in their profession of Christianity, would be deprived of their liberty…. (from J. E. L. Oulton, trans., Eusebius, Ecclesiastical History, Vol. II, pp. 257-259).

Of course, despite the persecution, the Scriptures were providentially preserved by God's people, though many valuable early copies were undoubtedly lost. One wonders if any of the remaining autographs were burned in the marketplaces at this time. This is why the papyrus-trail to the autographa is so fragmentary.  If we had some of these early mss., would they confirm the traditional text? This lack of early mss. evidence led nineteenth century scholars like Westcott and Hort to put so much confidence in the “great" fourth century post-Constantine uncials, Sinaiticus and Vaticanus. It was the earliest evidence they had.  Unfortunately, this led to their giving the greatest weight to a transmission line that had come to its terminus and had ceased to be copied, while denigrating the line that had come to be most widely used and copied after the persecution ended.

Yes! I can never get an answer to the question why, if the Diocletian persecution destroyed all or almost all manuscripts, so that Christians lost their text and had to send elsewhere for it when peace was restored, they did not send to the western area beyond the persecution and so receive an Alexandrian or similar text for copying; so that we would now be awash in the eastern churches with that text. Are we really being asked to accept the argument that Christians must have rejected that opportunity and turned instead to an inferior or concocted text? On the contrary, Christians in the east must have promoted their present text, copying it, immediately upon peace, from preserved and hidden pre-persecution copies. It would not take long for the true text to be re copied and sent out everywhere. Moreover, when Constantine stopped the persecution in 313 AD, the recopying process could have been started not only quickly but also with explicit or tacit approval - cf. his later command to Eusebius to procure fifty fine copies etc.. I cannot see that the standard works adequately cover this question.