A good name is better than precious ointment 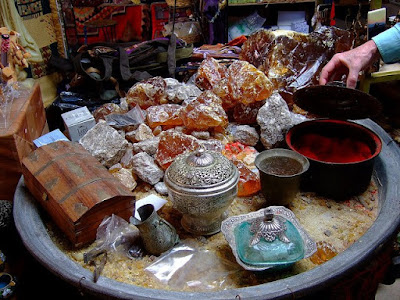 Ecclesiastes 7 begins:  “A good name is better than precious ointment” (v. 1a).

This parallels Proverbs 22:1 which similarly reads: “A good name is rather to be chosen than great riches, and loving favour rather than silver and gold.”

I remember as a child misunderstanding that verse and thinking it meant it was to your advantage literally to have a meaningful name, perhaps a Biblical name. Of course, that’s not what it’s about.  It’s about your reputation.

John D. Currid gets it right:

To have a good name means that a person is considered a noble, courageous person of integrity. He is one with an upright character. This is worth much more than ‘precious ointment’ or expensive perfume. A good reputation is more abiding than material riches (Ecclesiastes, p. 90).

In 1 Timothy 3:7 Paul says that an elder must have “a good report of them which are without.” He said this knowing that sometimes elders are wrongly maligned.  Paul himself was wrongly accused by his opponents of being greedy, licentious, and contentious. Just look at how he so frequently defends his ministry in his letters or in his speech to the Ephesian elders in Acts 20 (cf., for example, Acts 20:33 when he says, “I have coveted no man’s silver, or gold, or apparel”).

This also reminds us that if we would have a good name, we must not sully the name of another.

Our Puritan forebears trace the root of this moral concern to the ninth commandment:  Thou shalt not bear false witness.  So, the catechism teaches: “The ninth commandment requires the maintaining and promoting of truth between man and man, and of our own, and our neighbor’s good name, especially in witness-bearing.”

We should prize our own good name (though knowing it might be unjustly maligned for the sake of Christ) and also the good name of our neighbor, especially if he is also a Christian brother.  For a good name is better than precious ointment.

Thanks for the comment Candace. Hope y'all are doing well. JTR

The word of God is great