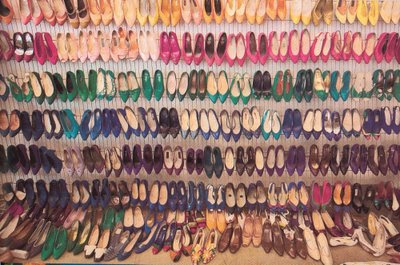 Note:  Devotion taken from last Sunday's sermon on Ecclesiastes 5:9-20.
Ecclesiastes 5:11 When goods increase, they are increased that eat them: and what good is there to the owners thereof, saving the beholding of them with their eyes? 12 The sleep of a labouring man is sweet, whether he eat little or much: but the abundance of the rich will not suffer him to sleep. 13 There is a sore evil which I have seen under the sun, namely, riches kept for the owners thereof to their hurt.
There is, without doubt, quite a bit of humor in the Bible in general and more than a little levity in Ecclesiastes. I hear it in v. 11a: “When goods increase, they are increased that eat them.” Work hard, pile up more money to buy more food, to have bigger storage bins, and an extra refrigerator, and what do you get?  Fat!

The humorous indictment continues in v. 11b: “and what good is there to be the owners thereof, save the beholding of them with their eyes.”

In George Eliot's classic novel Silas Marner, the hermit-like weaver has his only pleasure by sitting each night to count over and again his golden coins.

Bernie Madoff, the Ponzi-scheme-running financial planner, bilked many of their life savings, and along the way he amassed for himself a collection of expensive items, including 46 watches, most of them Rolexes, which he apparently spent his evenings ogling.

It is said that Imelda Marcos, the wife of the Philippine dictator and “kleptocrat” Ferdinand Marcos, had over 1,200 pairs of shoes.

Comedian Jay Leno is said to have a collection of 286 vehicles (169 cars and 117 motorcycles).

Exactly how many things do we need to be happy?  Of course, we need to heed Jesus warning against judging in Matthew 7:1.  Before I judge Leno for his cars I need to look at my book collection.  But we are prodded by Solomon here to self-examination.

His point continues in v. 12 with an interesting comparison to raise the point that sometimes the accumulation of riches can bring more headaches than rest.  First, he describes the laboring man who works hard and then enjoys the sweetness of sleep (v. 12a).  But then he describes the rich man who cannot sleep because his mind is racing with all the problems and complications that come with the management of his success (v. 12b).  Who is richer?  Who is better off? The man who cannot rest for worry or the man who sleeps like a baby?

In v. 13 he points to this strange “sore evil” that has come through his spiritual observations of the world.  There are those for whom the holding of riches is “to their hurt.”  We probably don’t need much more specific evidence of this, do we?  We can pick up a tabloid any day of the week and read of the rich and famous who have made shipwreck of their lives, whose riches have been to their hurt.

An unknown author once wrote:

Money will buy
A bed but not sleep;
Books but not brains;
Food but not appetite;
Finery but not beauty;
A house but not a home;
Medicine but not health;
Luxuries but not culture;
Amusements but not happiness;
Religion but not salvation;
A passport to everywhere but heaven
(as cited in Currid, Ecclesiastes, p. 79).

Alongside Solomon’s words, we must place the words of Christ:

Luke 12:15:  And he said unto them, Take heed, and beware of covetousness: for a man's life consisteth not in the abundance of the things which he possesseth.

Grace and peace, Pastor Jeff Riddle
Posted by Jeffrey T. Riddle at 10:59 AM

I'm settling the estate of my parents, and moving at the same time. I'm downsizing my household and find myself surrounded by things that require maintenance and that give me no pleasure, but that I'm loathe to be rid of because they belonged to my mother or father. I repeatedly ask myself what, exactly, I need and how often I'll actually use this thing that takes up space.

The Lord provides for me; I'm comfortable. I'm ridding myself of a lot of excess baggage.

Thanks for keeping your blog up.

WLE, thanks for the comment and encouragement. As noted in the post, I can't judge others on accumulating things till I look at my book collection. My wife will confirm. Sorry for your loss and best wishes in your transition and in discernment on what to keep and what to leave behind. JTR