A. T. Robertson on the Textus Receptus 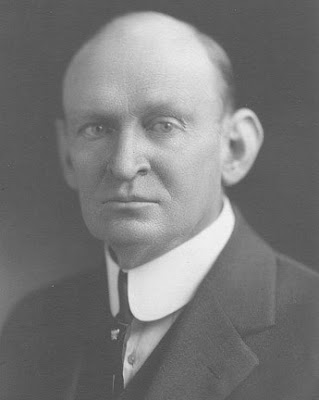 I’ve begun reading through A. T. Robertson’s An Introduction to the Textual Criticism of the New Testament (Broadman Press, 1925). Robertson (1863-1934) was Professor of New Testament at Southern Baptist Theological Seminary, a scholarly giant in his generation. Perhaps best known for his massive Greek grammar, he probably remains the most respected academic scholar ever to come from Southern Baptist life.

The book is dedicated to Robertson’s friend B. B. Warfield.  Indeed, Warfield and Robertson may have done more than any others to introduce modern text criticism into the mainstream for otherwise conservative Reformed and evangelical Christians. In this regard, what Warfield did for Presbyterians, Robertson did for Baptists.

In the opening chapter Robertson reviews the Textus Receptus.  In his discussion of Erasmus, he shows the same tendency of that age to diminish the Novum Instrumentum.

Here is Robertson’s summary of the Greek mss. of which Erasmus made use:

Note: I am finding that there is little agreement among scholars on this question of which and how many Greek mss. Erasmus used in compiling his Greek NT.  The number usually suggested is seven (see Roland Bainton, Erasmus of Christendom, p. 133). In his 1923 biography of Erasmus, Preserved Smith suggests he used ten (Erasmus: A Study of His Life, Ideals, and Place in History, p. 163).

Robertson also makes the standard charge of Erasmus having back-translated the final verses of Revelation, but provides no footnote directing the reader to Erasmus’ writings to substantiate the claim:

It is probable that he had Latin manuscripts of the Vulgate which he occasionally put into Greek. He confessed doing this for the last six verses of the Apocalypse save verse 20, which had been already translated by Laurentius Valla (p. 18).

Though Robertson does not relay the “rush to print” anecdote regarding Erasmus’ 1516 Greek NT, he does convey the “rash wager” anecdote with regard to the inclusion of the Comma Johanneum in the third edition (1522).  He writes:

The third edition of 1522 introduced the passage in 1 John v:7 because of a foolish promise made to Stunica … that he would insert it if he found it in any Greek mss. (p. 19).

Later, he adds that when Codex 61 was produced “he put it in because of his rash promise and thus it got into the Textus Receptus” (p. 19).

Note:  For my analysis and challenge of both the “rush to print” and “rash wager’ anecdotes, listen here.

It should be added, however, that although Robertson thoroughly embraced the modern critical text, he does express some admiration for the Textus Receptus (Did he think that he might need to placate his more conservative SB constituency?).  So, he writes:

It should be stated at once that the Textus Receptus is not a bad text. It is not a heretical text.  It is substantially correct (p. 21).

It is clear, therefore, that the Textus Receptus has preserved for us a substantially accurate text in spite of the long centuries preceding the age of printing when copying by hand was the only method of reproducing the New Testament (p. 21).

In the end, however, with the rise of modern text criticism, Robertson concludes, “But its days were numbered” (p. 26).