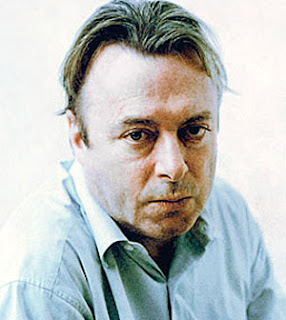 Image:  "New Atheist" Author Christopher Hitchens
I and several other CRBC men have enjoyed meeting on Tuesdays mornings this year at PVCC to discuss Robert L. Reymond’s A New Systematic Theology (Thomas Nelson, 1998). This past week we began the section on the doctrine of God. In the opening chapter Reymond notes that, in truth, there really are no atheists. He states:
All this means that there is no such thing among mankind as an actual atheist. There are only theists, some of whom claim to be atheists. But God’s Word declares that these “atheists” are not real atheists; they only attempt to live as though there is no God. But they know in their hearts that He is “there” and that He will someday judge them for their sin. As we have said, they are theists who hate, and attempt to do everything they can to suppress, their innate theism. Their “intellectual problems” with Christianity are in reality only masks or rationalizations to cover up their hatred against God and their love of and bondage to sin. These “practicing atheists” insist that the burden of proof lies with the theist to prove God’s existence to them. But the burden of proof is actually theirs to prove that the physical world is the only reality and that no supernatural spiritual being anywhere exists. This, of course, they cannot do. Thus, their “atheism” is their own unproven “grand assumption”—an assumption, by the way, which they cannot consistently live! (p. 153)
Indeed, “The fool has said in his heart, There is no God” (Psalm 53:1).
Grace and peace, Pastor Jeff
Posted by Jeffrey T. Riddle at 10:49 PM No comments:

Andrew Fuller: The Influence of the Presence of Christ on a Minister 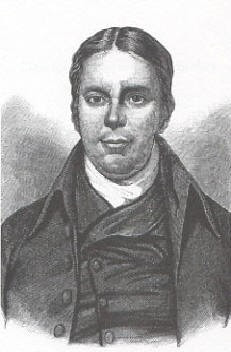 I’ve added another message to the Andrew Fuller Library on sermonaudio.com. The message is The Influence of the Presence of Christ on a Minister (2 Timothy 4:22). Fuller concludes the message by reminding pastors that the presence of Christ will be the thing that will sustain them in trials:
It is this that will sustain your heart under trials.—You are aware you must expect these. You will see things in your people towards God that will grieve you. This will enable you to reprove them in love. You will see things in them towards each other that are decidedly wrong. This spirit will cause you to be a peace-maker. You will experience painful things towards yourself: some will not receive your doctrine; some will misconstrue your conduct, and pervert your statements: but if the Lord Jesus Christ be with your spirit, you will not sink under the heaviest trials. You may have to lament your want of success. But go on, and be of good cheer. If the Lord Jesus Christ be with your spirit, though Israel be not gathered, you shall not go unrewarded.
Posted by Jeffrey T. Riddle at 12:49 PM No comments:

I was back in Romans yesterday at CRBC.  The message was "The Creation's Groaning" (Romans 8:18-23).  Along the way I reflected on the fact that the creation "was made subject to vanity, not willingly" (v. 20) through man's sin.  I was also able to cite two Puritans who offer interesting reflections, drawn from this passage, on what the perspective of the creation might be toward sinful man.  Here's an excerpt from the message:
Did you ever consider the fact that the creation has a legitimate reason to hold a grudge against you and it may even now be welling up with hatred toward you not merely for what you have done to it but for the way you continue to act toward your Lord?
The old Puritans sometimes wrote about this. A few years back I read an abridgement of Joseph Alleine's book An Alarm to the Unconverted titled Wake Up and Live! One section of the book is titled “The whole world is against you.” Alleine tells his readers:
It is a solemn thought to think that you are a burden to creation. If inanimate creatures could speak, the food on your plate would cry out to God, ‘Lord, must I nourish this person and give him strength to dishonor you? If you would only give me permission I would choke him!’ The very air that you breathe would say, ‘Lord, must I give this woman breath so that she can blaspheme your name, insult your people, and engage in corrupt speech? Just give the word and I will make sure she never breathes again.’ Even your regular means of transport would complain, ‘Lord, must I help him on his way to commit yet more sins against you?’ If you do not belong to Jesus Christ, the earth groans under you and hell groans for you until death shall satisfy both. While the Lord remains against you, you can be sure that all his creatures—in heaven and on earth—are against you. You cannot be at peace with what God has made if you have not found peace with God himself (p. 63; see this post).
Thomas Boston in Human Nature in Its Fourfold State, likewise, warns:
Your meat, drink, and clothes, grudge being serviceable to the wretch that has lost God and abuses them to His dishonor. The earth groans under you: yea ‘the whole earth groaneth, and travaileth in pain together,’ because of you and such as you are (Rom 8:22) (p. 175).
Why don’t men think this way today? Because we have taken the wound of our sin lightly. The secular environmentalist wants to hug trees. The Christian considers that the trees probably would like to bash in our brains with their branches.
JTR
Posted by Jeffrey T. Riddle at 9:03 AM 1 comment: