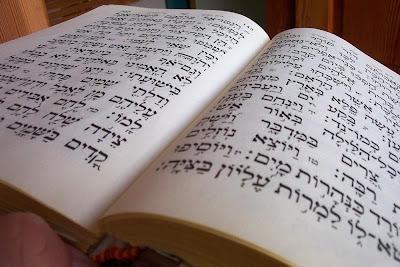 In preaching through 1 Samuel, I have come across several significant textual issues. Through the meticulous efforts of the Masoretes, the traditional Old Testament text is less contested than the New Testament text. Still, even the traditional Masoretic text is being increasingly challenged by modern textual critics, interpreters, and translators. Issues in 1 Samuel often have to do with the fact that versions (most notably the LXX) sometimes depart from and expand the received text. The question raised by these readings is whether they might rest on what could be considered to be a superior Hebrew manuscript.

I. 1 Samuel 6:19 provides an example of a Septuagintal expansion.

The LXX adds the phrase, “And the sons of Jechoniah were not pleased with the men of Beth-Shemesh, when they looked at the ark of the Lord [kai ouk esmenisan hoi huioi Iechoniou en tois andrasin Baithsamus hoti eidon kiboton kuriou].” There are several modern English translations that follow the LXX here. Compare:

JB (Jerusalem Bible): Of the people of Beth-shemesh the sons of Jechoniah had not rejoiced when they saw the ark of Yahweh, and he struck down seventy of them.

NEB (New English Bible): But the sons of Jechoniah did not rejoice with the rest of the men of Beth-shemesh when they welcomed the ark of the LORD, and he struck down seventy of them.

Most Bibles used by evangelicals, however, tend to stay with the Hebrew text (AV, NIV, RSV/ESV, NKJV, NASB). Dale Ralph Davis, however, is intrigued by the reference to the “sons of Jechoniah” appearing “out of the blue” and concludes, “There is something to be said for following the Sepuagint here” (1 Samuel [Christian Focus, 2000, p. 66]). He also claims to be baffled that some translations can follow the Hebrew without referencing the LXX, while others (e.g., JB and NEB) follow the LXX without reference to the Hebrew (Ibid., n. 13). Despite Davis’ enthusiasm for the LXX here, it seems wisest to stick with the traditional Hebrew text of 1 Samuel 6:19.

II. There is also a question about the record of the number of men killed in 1 Samuel 6:19.


This second difficulty does not have to do with the LXX. The question here relates to the interpretation of the Hebrew record of the number of men from Beth-Shemesh who were struck down by God after presumptuously looking “into the ark of the LORD.” The traditional text records the number as shuhbim ish chamishim elpeh ish (literally, “seventy men, fifty thousand men” or as the AV renders it, “fifty thousand and threescore and ten men”).

This figure, however, has long been under scrutiny in the history of interpretation. There have been two main objections lodged against this rendering. First, it is argued that the number of 50,070 is too great. How could that many men have been present at Beth-Shemesh? Second, it is argued that the scale of God’s wrath is too great. Would God have struck down this many men for this violation?

In addition, some have questioned the proper translation of the text. Could the writer have meant to say something like, the Lord struck down “seventy men out of 50,000 men”? Indeed, the much lower (reasonable?) number of “seventy” is preferred by many modern interpreters. In fact, several modern translations simply alter their rendering of this verse to reflect this figure though it has no textual basis in the Hebrew manuscripts. Compare (emphasis added):

NIV: But God struck down some of the men of Beth Shemesh, putting seventy of them to death because they had looked into the ark of the LORD. The people mourned because of the heavy blow the LORD had dealt them,

ESV: And he struck some of the men of Beth-shemesh, because they looked upon the ark of the LORD. He struck seventy men of them, and the people mourned because the LORD had struck the people with a great blow.

The ESV also includes in a footnote: “Hebrew of the people seventy men, fifty thousand men.” It is also worth noting that the JB and NEB cited above agree with the NIV and ESV in reading “seventy."

So which figure should we use? What is the Word of God? Were 50,070 men struck down or a “mere” seventy? First, the NIV and RSV/ESV decision to ignore translation of the phrase “fifty thousand men” in the Hebrew text and to go with “seventy” imposing an interpretation rather than offering a literal translation. Other modern translations that seek formal equivalence in translation follow the AV (so the NASB reads, “50,070 men” and the NKJV “fifty thousand and seventy men”).

It is helpful here to consult how some of the “old men” dealt with difficulties such as this. In the next post, we will look at how this difficulty was handled by some of the trusted “faithful men” of the past (Matthew Poole and Matthew Henry).