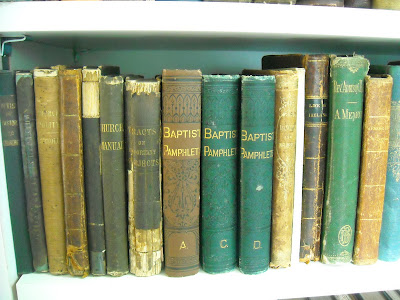 What a wonderful list of books. I wish I was able to say I had read these books this past year. :(
Happy New Year to you and may God bless yourself, your family and your congregation this coming year.

I am thankful for a pastor who is serious about his calling and strives to grow in the knowledge and love of the Lord. Thanks for all you do!
God Bless,
Casey (and Daniel, of course!)

I even will admit (an admission which may lead some to jokingly call me a heretic) that I think I got more out of it than Pilgrim's Progress.

That's not because Pilgrim's Progress isn't a amazingly awesome work and an extremely valuable spiritual resources. It certainly is!

I'm just saying that I think that due popularity of Pilgrim's Progress and how frequently I'd been exposed to quotes from it before I read it,, it didn't take me off guard and affect me and captivate my imagination the way Holy War did.