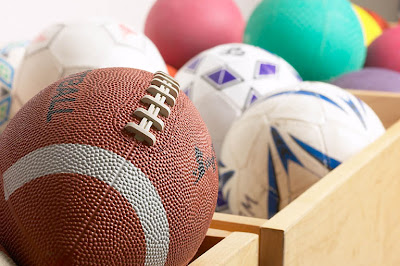 This week the House Education Committee of the Virginia General Assembly set aside a homeschool athletic bill (sponsored by Albemarle County's Delegate Rob Bell) for study.  The bad news is that homeschooled children will apparently not be able to try out for and play high school sports in the upcoming year (2011-2012).  The good news is that the recommendation was not completely killed in committee as I understand it has been in years' past.

Those of us who homeschool save our localities tens of thousands of dollars each year.  The Virginia High School League, however, has fought tooth and nail to block homeschool children from participating in public sponsored athletics.

Of course, some Christian families might want to avoid competitive athletics altogether.  Still, for those who want to participate it seems unfair that homeschool families pay taxes but are barred from such benefits offered to the public.  What, for example, would it be like if homeschool children were not allowed to visit public libraries because they opted out of government sponsored education?
Here is yesterday's Lynchburg News & Advance online article:
Home-schooled students in Virginia may one day play sports on public school teams, but it doesn’t look likely this year.
The House Education Committee this morning decided to study a bill that would allow home-schooled students to try out for public school sports teams. Chairman Del. Robert Tata, R-Virginia Beach, said a group of committee members will over the summer study the issue, which elicits passionate arguments from parents of home-schooled students and advocates on one side and parents of public school students and the Virginia High School League on the other.
Tata said he will ask the Senate Education Committee chairman to launch a similar study, and potentially meet together to discuss findings before next year's legislative session.
Del. Rob Bell, R-Albemarle, who sponsored the House bill, said he’s OK with a study to try to hash out differences.
“Hopefully, this moves the ball forward,” he said.
JTR
Posted by Jeffrey T. Riddle at 5:33 PM