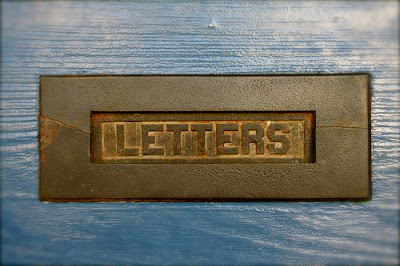 Our Grace Points spots haven't started running yet on local radio yet, but I got one email response via sermonaudio from someone who took exception with the 400th Anniversary of the KJV spot.  Below is the email in full (name and email address removed) followed by the response I sent back:
Am curiously interested in your ministry and therefore shocked of your using the quote for the King James Bible (Grace Points 10) that implies the holy word of God is needful of celebrity endorsements, and even abuse (misapplication), by those Deists and heretics of American history--i.e. Abraham Lincoln and MLK! After all, even Satan (mis)quoted Scripture in tempting Jesus in the wilderness.
While the humanistic laws of political correctness requires all to bow to these two men upon cue, the word of God stands entirely against them, does it not? Were these men true Christians in your view, in their teachings, simply because they misappropriated scriptural phrases for their own purposes--i.e. for political propaganda for unjust wars and social revolutions?
I can see your teaching warns against "democratic leveling" and an absolute "equality", which the Bible absolutely does not teach, but forbids. Yet these men are lifted up for endorsing the holy Bible, when nothing they did was consistent with it. (What kind of philosophical crowd will this ad bring into your church then?)
Furthermore, the Pilgrims and Puritans preferred the Geneva Bible which (their persecutor) King James' "authorized version" supplanted, which removed the Calvinistic notes (justifying those who resist tyranny of Kings, as Egyptian midwives did with Hebrews giving birth) from public eye, and incorporated the pagan name 'Easter' (instead of pasche, for the very first time in English translations), into Acts.
After all, it was King James England that the Pilgrim's called "Babylon" when fleeing to America for religious liberty. It was King James Anglo-Catholicism that the Puritans resisted. The AV was King James Revised Version of the better Bible that the Puritans used and preferred. While better than other translations, it was not better than the former, and maybe the first "liberal" Bible that was publicly thrust upon us by declaration of a government leader.
I am still speechless to hear Lincoln and MLK used to endorse a Bible, when everything they taught was Humanism and anti-Christianity (false Christianity), rejection of God's social order, the beginning of so-called Human Rights which feminists and now the homosexualists claim, and furthered the "Democratization of Christianity in America" (as your good book review also refers to), and almost implies that these two men were both Christians and saints (as too many think from writers who have deified them) whom Christians and others should listen to instead of be warned about for their false teaching, which Calvinistic Baptists and Presbyterians of the South vehemently rejected with just cause.
Very sincerely bewildered, W.
My reply (slightly edited):
Hi W.,
First, thanks for your feedback on the KJV "Grace Points" spot. Obviously, it's not the easiest to give a full treatment of any topic in a 60 second time limit!
I think most of the things you took exception to (e.g., endorsements of the KJV by Lincoln, King, etc.) were not actually my statements but part of the quote from Adam Nicolson's book "God's Secretaries." Nicolson is, in fact, not a believer. What I find interesting is that this secular author still values highly the literary and cultural impact of the KJV (even on non-evangelicals and non-believers!). See a previous blogpost I did on Nicolson here.
Believe me, I did give thought to the mention of these men in the spot in writing the script. In the end, I concluded a somewhat "positive" report on how the KJV influenced their speech might actually work well in making an educated, secular Charlottesvillian listen and think. Maybe it just makes conservatives cringe!
Another thing you seem to find fault with is my praise for the KJV (rather than the Geneva Bible). I too, am a fan of the Geneva Bible a read it regularly. Though my admiration for the KJV continues to grow, I am not a KJV-Only-ist. Two of the things I like best about both the KJV and the Geneva is the fact that (1) they both use a "formal equivalence" translation philosophy; and (2) they are both based on the traditional text of Scripture (Hebrew MT; Greek TR). The KJV did, as I understand it, develop, in part, as a political response to the popularity of the Geneva Bible. There were, however, Calvinists on the translations committee of the KJV. Part of their preference for the KJV was the fact that it did not have notes. Many conversative believers still prefer that the Bible not be printed with notes, even if they are good ones (see the Trinitarian Bible Society). The KJV did not triumph among the English speaking peoples because of any royal edict (in fact,as I understand it, the name "Authorized Version" preferred by the English is a bit of a misnomer since there was never any official royal pronouncement "authorizing" the exclusive use of the KJV). I think it won its place as the most widely used English translaton because it proved to be a better translation for God's people in worship and private devotions than the Geneva. No doubt, the providential hand of God played no small part in this.
Grace, Pastor Jeff Riddle
In addition, here are a few more links for those interested in this topic:
Regarding the use of the word "Easter" in the AV, see this article "The Use of 'Easter' in Acts 12:4" by T. H. Brown on the Trinitarian Bible Society website.
Regarding English translations, I'd suggest again the audio messages and booklet by William Einwechter.
JTR
Posted by Jeffrey T. Riddle at 11:53 AM