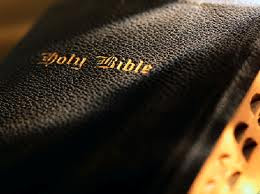 Geneva Reformed Seminary--the theological school of the Free Presbyterian Church--will be offering a special course January 17-February 21 titled, "400th Anniversary Celebration:  The KJV--Its Tradition, Text, Translation."   in Greenville, SC for only a $50 fee.  Dr. Michael Barrett and Dr. Charles Barrett will be the co-teachers.  I'd love to sit in on the class if I were close enough.  Hopefully the lectures will end up on sermonaudio.
The course description:
This year marks the 400th anniversary of the King James Version. Without controversy for most of those years, this Authorized Version has been the Bible of the English-speaking Protestant church. Although not on the Mayflower as the version of choice, it soon became the Bible that accompanied the advance of the church throughout the English-speaking world, and God has blessed its use for generations to the good of the church.
In recent years, however, the King James Version has generated controversy, and its use or nonuse has become a divisive issue within the church. With a plethora of more modern versions available, some mark the KJV as a relic that after 400 years has become too old to relate to the current generation. Others have elevated the KJV to such a position that essentially limits the preservation of God's Word to its pages. Unfortunately, many defenders of the KJV employ arguments loaded with emotionally charged rhetoric that is factually misleading and often wrong. This kind of rhetoric does more harm than good to the case for maintaining the use of the KJV. These kinds of arguments may appeal to some who want easy answers but are unacceptable to those who are aware of the facts and are looking for reasonable explanations.
In this seminar marking the 400th anniversary of the KJV, we will consider the tradition linked to the AV, the text from which it is translated, and the techniques used in translating that text.  There are sound reasons for maintaining the use of the KJB notwithstanding its age and all the alternatives.

Thanks! For more news about the 400th anniversary of the 1611 King James Version Bible, be sure to visit the new http://www.credocommunications.net/kjv website. As was done for the Gutenberg Bible, a leather-bound leaf book is being issued.

A big surprise: The leaf book’s authors have compiled the first worldwide census of extant copies of the original first printing of the 1611 King James Version (sometimes referred to as the "He" Bible). For decades, authorities from the British Museum, et al., have estimated that “around 50 copies” of that first printing still exist. The real number, however, is quite different.

For more information, you're invited to contact Donald L. Brake, Sr., PhD, at dbrake1611@q.com or David Sanford at drsanford@earthlink.net