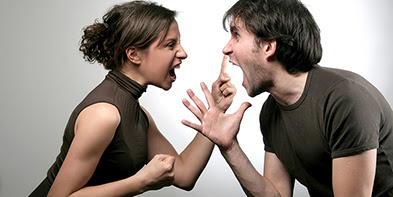 Be not hasty in thy spirit to be angry: for anger resteth in the bosom of fools (Ecclesiastes 7:9).

He begins, in particular, by warning against what we might call a rush to anger: “Be not hasty in thy spirit to be angry” (v. 9a).

The Proverbs are filled with related warnings against unrighteous and, especially, hasty anger. Compare:

Proverbs 14:17 He that is soon angry dealeth foolishly: and a man of wicked devices is hated.

Proverbs 14:29 He that is slow to wrath is of great understanding: but he that is hasty of spirit exalteth folly.

Proverbs 15:18 A wrathful man stirreth up strife: but he that is slow to anger appeaseth strife.

Proverbs 16:32 He that is slow to anger is better than the mighty; and he that ruleth his spirit than he that taketh a city.

We must remember that anger in itself is not sin.  I had an ongoing debate about this with a pacifist friend in college.  There can be godly anger or “righteous indignation” over an injustice or an insult to the Lord.

Psalm 7:11 says the Lord is angry with the wicked every day.

Nahum 1:2 says the Lord is “furious” and “he reserveth his wrath for his enemies.”

In Mark 3:5 we are told that as Jesus was tested in the synagogue to see if he would heal a man with a withered hand on the Sabbath, “and when we had looked round about them with anger, being grieved for the hardness of their hearts.”

Remember how he rebuked Peter and told him “Get thee behind me Satan” and how he drove out the money changers from the temple. Jesus had a zeal for holiness and obedience, shown in righteous indignation.

In the Sermon on the Mount in Matthew 5 Jesus did not condemn anger but unjust anger. He warned the man who become angry with his brother “without a cause” (v. 22) and said this was a violation of the sixth commandment.

I like what Charles Bridges says here.  After doing what we’ve just done here and saying that the Bible teaches that there can be godly anger, he adds, “And yet it would be most dangerous to presume upon this rare purity, when in the infinite majority of cases, it is the ebullition of pride, selfishness, and folly” (Ecclesiastes, p. 147).  Most of us do not get angry for the right reasons; we get angry for the wrong reasons.  And we usually do not come slowly to anger.  We rush hastily into anger.

We need to heed the wisdom of James:

James 1:19 Wherefore, my beloved brethren, let every man be swift to hear, slow to speak, slow to wrath:

Let’s move to the second half of v. 9: “for anger resteth in the bosom of fools.” The verb for “rest” here can also mean “lodge” or “take up residence.”  As destructive and harmful as sudden or hasty anger is, much worse is anger that is welcomed for a long stay, harbored, nurtured, fed, and kept alive in the bosom.  This is not what wise men do.  This is what fools do.

Bridges: “At all events, if anger rushes in by some sudden power or at some unwary moment, take care that it does not rest. It may pass through a wise man’s heart. But the bosom of the fool is its home” (p. 148).