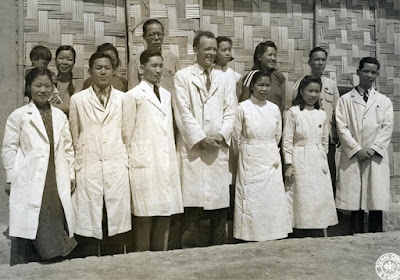 The passage begins, “Surely oppression maketh a wise man mad…” (Ecclesiastes 7:7a). “Mad” here does not mean angry but mentally distressed. So, the NKJV renders it, “Surely oppression destroys a wise man’s reason.”  Solomon here consoles the believer on the experience of despair in the face of oppression. The old adage states:  The best of men are men at best.  Even the wisest and the most godly of men, placed in circumstances of intense pressure and oppression, can sometimes act in unreasonable ways.

Bridges says of oppression: “More than once has it thrown the man of God off his sober balance, and hurried him into a state nearly allied to madness” (Ecclesiastes, p. 141).

Perhaps Solomon knew the experience of his father David in the days of his flight from Saul when he “feigned” madness among the Philistines (1 Samuel 21:10-15; cf. Psalm 34).

We can perhaps illustrate Solomon’s point by looking at the life of Bill Wallace.  His story is told in a book by Jesse Fletcher called Bill Wallace of China (Broadman, 1963).

As a 17 year old Christian teenager in Knoxville, Tennessee, Wallace committed himself to becoming a missionary.  In 1935, after completing medical school and a residency in surgery, he fulfilled that commitment by going to China as a medical missionary.  He was there during the second World War, surviving Japanese bombings, and he made the decision to stay at his post when the communists took over the country.  When asked why he had chosen to stay by a friend, he used a Chinese expression, saying “I am just one piece of man,” meaning, “I’m not anyone important" (Fletcher, p. 124).

Few knew at that time what was to come.  Wallace was eventually arrested under the false charge of being an American spy.  To discredit him a further series of false, malicious, and outrageous charges were brought against him.  We might like to think that oppression comes against godly men merely for their righteousness, but often the godly are assailed through false charges. Fletcher describes what happened: “A placard with obscene and derisive accusations and charges were placed over him; his hands were tied behind his back” and he was marched through the streets of the city (p. 147). While doing so he was thrown to the ground by a guard, his hand was broken, and he received no treatment for it.  He was placed in a prison cell, deprived of sleep, and awakened throughout the night to be taken for interrogation.  Fletcher: “Their accusations, viciously and vehemently proclaimed, bewildered and upset him. They were shouted over and again, growing in intensity, growing in degradation, allowing for no defense” (p. 148).

In the days that followed, Wallace began to collapse under the strain, battling for his very sanity.  Other prisoners heard him crying out in agony and repeating Bible verses to prepare for his next interrogation. Fletcher: “Delirium, crying, and blank periods came, but he fought on—clinging to his faith” (p. 149).

Unable to gain the confession they sought, one night his guards came to his cell and repeatedly stabbed Wallace with sharp bamboo poles, through the cell bars, until he lost consciousness.  That night, February 10, 1951 Wallace went to be with the Lord.  His captors claimed that he had hung himself. A medical colleague who saw his body said there were no signs of hanging, but only the abuse of his battered body.

We have not faced that kind of oppression in our lives, but we know that hardships and difficulties of a much lesser degree can wear us down both physically and mentally.  The saints are not immune to suffering.  In fact, Scripture teaches exactly the opposite:

2 Timothy 3:12 Yea, and all that will live godly in Christ Jesus shall suffer persecution.

The health and wealth gospel is not compatible with the testimony of Bill Wallace or the teaching of Qoheleth.  Even a wise and godly man can be spiritually stricken by oppression and it might drive him to act irrationally.  Still, he has the Lord’s promise that he will not be tempted beyond what he is able, but the Lord “will with the temptation also make a way of escape,” that he may be able to bear it (1 Corinthians 10:13).