Petitions and Prayers for Pastor Raymond Koh in Malaysia 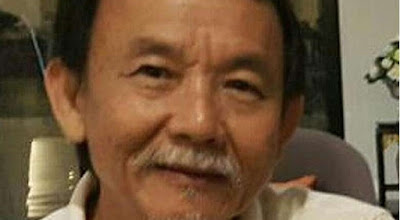 Image: Pastor Raymond Koh
I got this note from Malaysia today:
I just signed the petition, “Malaysian authorities: Find abducted pastor Raymond Koh.” I think this is important. Will you sign it too? Here’s the link.
There is another petition to the White House to act on this matter. Find this petition here. Foreign pressure does help.

Pastor Raymond Koh is a minister in Malaysia who was abducted on February 13, 2017 in Kuala Lampur, Malaysia. He has not been heard from since he was abducted and the police have been slow to respond to the case. His family fears the worst.

This article provides more information, including the following:
Koh, 62, was abducted by a group of masked men less than 100 metres from the Police Housing Complex. He was driving a silver Honda Accord bearing the licence plate ST 5515 D.
The pastor was at the centre of controversy in 2011 after his NGO, Harapan Komuniti, was accused by the Selangor Islamic Religious Department (Jais) of proselytising Muslims, following a raid at a thanksgiving and fundraising dinner at the Damansara Utama Methodist Church.
Later he received a death threat in the form of a bullet that was sent to his home, a close friend revealed.
Pray for Pastor Koh, his family, and church. Pray also for the Christian community in Malaysia in general that they would be able to persevere in the face of threats and intimidation.
JTR
Posted by Jeffrey T. Riddle at 8:41 AM

Another Malaysian pastor who is missing with his wife since last December is Pastor Joshua Hilmy, an ex-Muslim & ethnic Malay. Malays make up 60% of the population & almost all are Sunni Muslims.

Thanks for this post. I had not heard of this situation. Praying for the believers in Malaysia.