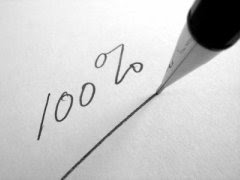 I recorded and posted today Word Magazine # 69: Epistemology and Text Criticism. Here are some notes:

I began with reviewing some comments in a panel discussion from Peter Williams of Tyndale House in which he laments the lack of certainty among modern evangelicals with regard to the Bible (you can see the whole video of the panel discussion here; for the comments reviewed in this episode begin at c. the 5:30 mark). Here is some of what Williams said:

“Now what’s happened is, over the last couple of centuries, the burden of proof has shifted. So if you read commentators from 200 years ago or more, they are presuming that they have access to the original text - unless someone has some overwhelming evidence to the contrary.

“Whereas what happens nowadays is people say that they need a huge amount of evidence before they actively believe that they have the original. And I think that’s all part of the shift in epistemology that happened since David Hume – that people no longer want so say that they know anything. They just have increasing levels of confidence until, as a shortcut, you say you know something [but] it’s really just 99-point-something-percent certain belief.”

I noted that this lack of certainty is reflected in modern reconstructionist text criticism, wherein those who use the method can never claim actually to have the text of God’s Word but only a very close approximation.  I offered three representative quotations from relatively recent books on text criticism (emphasis added):

Using these tools [modern text critical methods] with discretion, it is possible to come so near the original autographs that we can all but grasp them in our hands (p. 106).

Careful examination of these manuscripts has served to strengthen our assurance that our modern Greek and Hebrew critical texts are very close to the original autographs, even though we do not have those autographs (p. 301).

Although it is highly doubtful that we will ever know for certain that we possess in its entirety, line for line, word for word, letter for letter, dot for dot, the exact text of the original writings of the Prophets and Apostles, it is believed by the majority of textual scholars that we can come very, very close (p. 19).

In contrast to this modern equivocation, I noted the confidence of John Owen in the text of Scripture:

… We add that the whole Scripture, entire as given out from God, without any loss, is preserved in the copies of the originals yet remaining…. In them all, we say, is every letter and tittle of the word (Collected Works, Vol. 16, p. 357).

I also made reference to Peter Enns’ 2016 book, The Sin of Certainty, and suggested that many otherwise evangelical and conservative men have adopted an essentially liberal position by making a virtue of textual uncertainty.

Thank you for an interesting article.

Your article reminds me of a passage from Hills' The King James Version Defended. On page 180 he says (emphasis added):

"... God does not reveal every truth with equal clarity. In biblical textual criticism, as in every other department of knowledge, there are still some details in regard to which we must be content to remain uncertain. But the special providence of God has kept these uncertainties down to a minimum. Hence if we believe in the special providential preservation of the Scriptures and make this the leading principle of our biblical textual criticism, we obtain maximum certainty, all the certainty that any mere man can obtain, all the certainty that we need. For we are led by the logic of faith to the Masoretic Hebrew text, to the New Testament Textus Receptus, and to the King James Version."

I was pleased to see that Hills is able to acknowledge some areas of uncertainty in textual criticism without drawing the fallacious inference that all textual critical questions are, therefore, up for grabs.

Anon: Thanks for the comment and calling attention to the quote from Hills. It stuck in my mind too. Yes, I have the feeling that Hills (and Owen) would have acknowledged issues like spelling variants, like the one I recently mentioned in a post here on Mark 2:14 where the evidence is equally divided between Levi and Levin. There is a difference between that, however, and punting on the ending of Mark or the PA. Evangelicals who adopt the modern eclectic text are, I think, in a pickle, when it comes to affirming confidence in the reliability of the text.

Thanks for your follow-up, Jeff. (It was I who posted the last comment. Not sure why it came through as Anonymous.)

Unfortunately, most evangelicals seems happy to dispense with any objective certainty—and not just for textual critical questions. Take William Lane Craig's recent comment: "Certainty is a will o’ the wisp that you ought not to pursue."

Part of the difficulty seems to be that definitions of certainty vary so widely from thinker to thinker. For example, as John Frame points out in his new history of philosophy, some thinkers refer to a belief as certain if and only if there are no convincing arguments against that belief; others only call a belief certain if there could in the future be no convincing arguments against it; still others use "certainty" simply to designate a psychological disposition towards a given belief.

Perhaps this is an area where Reformed philosophers and Reformed textual critics could do fruitful work together.

Noah, as you likely know, unlike Letis, I would still defend the CJ as part of the text. This would be more than the simple spelling variation I mentioned as an example in Mark 2:14. I acknowledge that there are challenging texts for defenders of the TR, like the CJ, Rev 16:5; 22:19, etc. I agree that works needs to be done, if someone has not already done so, on the issue of "certainty." One thing that is clear, however, is that to embrace the modern eclectic text is to embrace uncertainty. The NA 28th added a conjecture to 2 Peter 3:10. More will be coming as new editions appear. The scholarly Bible will never be fixed and stable. I agree that epistemology and text would be a fruitful field for cross-disciplinary study. Let me know if you run across anything else interesting that touches this.

Right now, the only real philosophical work I am aware of on the issue of text criticism is Bahnsen's essay "The Inerrancy of the Autographa." He also wrote an essay for the Evangelical Quarterly titled “Autographs, Amanuenses, and Restricted Inspiration.”

Thank you again for your help and willingness to field questions as I think through this issue.

Pastor Riddle: I have seen numerous argue as if Letis denied the CJ was Scripture. He didn't, but he did call it the "weakest link" or something to that effect at least once. Still, when asked he clearly accepted it (including in the Q & A in this old audio: http://www.holywordcafe.com/bible/resources/tape06_Dublin_November_2001_Before-Reformation_Ireland.mp3). That said, it seems to me too much has been made of that quote by the late Dr. Hills and I cannot help but note that it's usually done by those that hold to the CT or to "Majority Text" views. Blessings!

Unknown, since you mention it, my own textual position is itself in transition. I am very sympathetic to Dr. Riddle's approach and grateful for his openness and scholarship. I have been similarly impressed by Dr. Maurice Robinson works, though I am not yet ready to discount the CT position.

So put me down as a "seeker" or something like that.

Unknown and Noah, thanks for the comments.

Unknown, it seems to me that even if we adopt the TR, we still have to address this issue of epistemology/certainty. One of the typical jabs at our position is along the lines of: "You hold to the TR, huh. Well, which TR?" There are some slight differences in printed versions. There has to be some answer to that, or we are in the same pickle as the modern eclectic text advocates and their "very, very close" to the Bible, Bible, just to a different degree. Ideas?

Noah,though I have come to some convictions on this and can happily affirm the TR, I still feel as though I am a student also. I've read the Bahnsen essay on inerrancy but not the other EQ article you cited. I'll look for it.

I think what's missing from this discussion on epistemology is the fact that our beliefs are just that: beliefs. Ultimately, we believe Jesus rose from the dead. We can't have absolute certainly he rose from the dead. If we could, we wouldn't need faith, would we? It's the same with the holy Scriptures. Ultimately, we believe we have the holy Scriptures. This is not something we can prove with absolute certainty, especially to unbelievers, nor should we attempt to do so.

When it comes to asserting the TR against the Modern Critical Text, I think we have to realize we're in the same situation as I described above. Ultimately, I believe the TR (confessional text) is the holy Scriptures. I can't prove this with absolute certainly. When someone questions me about "Which TR?" or, to use an example: "What is the proper reading of Revelation 15:3? Saints? Ages? or Nations?" I say "Saints". And I'm certain about that. Do I have an absolute certainty? For all practical purposes I do, because I believe that's the correct reading of the text, because I've decided to adopt the TR as my text, and because I need to be able to have a fixed canonical text for practical usage in the church and in my own private study.

I think if we allow ourselves to get bogged down debating these issues using our opponent's terms we will lose. We need to assert the confessional text as the holy Scriptures against all imposters and let the chips fall where they may. We will never get anywhere by arguing with our opponents about variants and epistemology.

I'm not looking for absolute certainly. I'm looking for a Bible that has a good, trustworthy, and fixed text.

A.J. MacDonald, Jr's: It is unclear to me, after reading your comment, how the belief that Jesus rose from the dead precludes certainty that he did so (unless we take "belief" in a very non-technical, popular sense). Moreover, Scripture itself commits us to some the possibility of some kind of certainty for our beliefs (cf. Luke 1:4, Acts 2:36, Colossians 2:2, etc.).

John Frame's essay on certainty is available here. I found his review of concepts of certainty used by philosophers helpful:

I was pleased to see that Dr. Bahnsen would emphatically disagree with Dr. Wallace's statement that "a theological a priori has no place in textual criticism" (a sentiment which represents my single biggest difficulty with the mainstream CT position).

Thus Bahnsen affirms the place for a theological a priori in text criticism. However, he simply denies that the theological data warrants the TR preferentialist view.

God has not promised in His Word that the Scriptures would receive perfect transmission, and thus we have no ground to claim it a priori. Moreover, the inspired Word of God in the Scriptures has a uniqueness that must be guarded from distortion. Consequently we cannot be theologically blind to the significance of transmissional errors, nor can we theologically assume the absence of such errors. We are therefore theologically required to restrict inspiration, infallibility, and inerrancy to the autographa. … There is no scriptural warrant for holding that God will perform the perpetual miracle of preserving His written Word from all errors in its being transcribed from one copy to another.

I'm still weighing Bahnsen's arguments. But I find his willingness to involve Scripture in his approach to textual criticism heartening.

Thank you for this conversation! I’m new to this position also, having just read Letis’ Ecclesiastical Text and working through Owen’s material. I’ve found this website invaluable- thank you for the time and effort!