Peter Hitchens on the sexual revolution 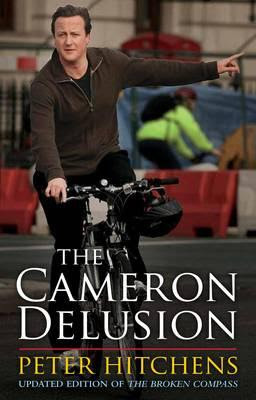 This week I finished reading Peter Hitchens’ (brother of Christopher) book The Cameron Delusion (Continuum, 2010; first published as The Broken Compass, 2009). The book’s main focus is to lament compromise in the Conservative party in the UK, especially seen, according to Hitchens, in the rise of David Cameron, and its adopting of positions little different from the Labor party. There’s also plenty of insightful commentary on other things.

In a chapter on shifting views on sexuality, Hitchens makes the point that Orwell’s vision of totalitarian government being sexually repressive in 1984 is less on target than Huxley’s vision of it exercising control by pandering to meaningless sensuality in Brave New World. So, he observes: “Sexual license, narcotic drugs and endless diverting entertainment, followed by swift and painless euthanasia when the faculties fail, dispense with the need for the thought police” (p. 101).

Interesting too is his related argument that the 1960s “sexual revolution” was, in fact, a revolt against real freedom of thought and, especially, against the orderly worldview of Christianity:

So, the sexual revolution is, by a great paradox, a revolution against political consciousness, discontent, and rebellion. The sexual revolutionary climbs over the barricades and straight into bed with someone he is not married to, and quite possibly someone of the same sex. He is not seeking the overthrow of the existing order. He is seeking the existing order’s permission to pursue pleasure at all costs. The idea that sex is necessarily connected to reproduction and parenthood is repulsive and shocking to him. He is also engaged in a war against continuity, a rejection of his parents’ lives, and a rejection of guilt. And guilt, as Sigmund Freud did so much to show, can most easily be avoided by ensuring that actions previously viewed as guilty become normal and general.

This is why the sexual insurgent eventually finds himself ranged against all the outer defenses of Christian civilization—the canon of literature, classical music, and representational art, traditional architecture, modest dress, and seemliness of all kinds, restraint in speech, decorum, and manners in general. All these embody or imply Christian mythology and Christian ideas about guilt, penitence, redemption, and conscience. Conscience allied with absolute morality and sustained by religion, is the source of guilt. This is why, sooner or later, the Western sexual radical is bound to attack Christianity, because it is his own religion and the basis of the guilt and self-restraint which he wishes to discard. He may simultaneously be happy to give sympathy to other religions, but this is because they are practiced by migrants whom he sees as allies against the monoculture. It is also because he did not meet these faiths in his childhood or learn them from his parents, and so does not feel that they bind him as Christianity would, if he accepted it.

He may take some years to arrive at this direct anti-God position, since first he will have been busy smashing the outer fortifications of Christian sexual morality—disapproval of pre-marital and extra-marital sex, prohibitions on abortion and divorce, misgivings about homosexuality. But once these are out of the way the inner fastness of Christian beliefs lies exposed, and open to attack….. (pp. 102-103).