Balance in the Christian Life: Days of prosperity and days of adversity 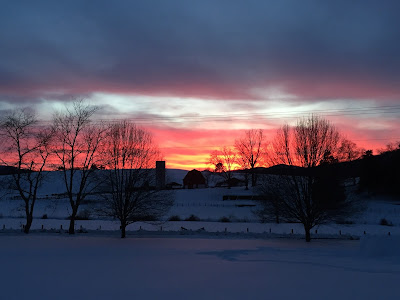 Ecclesiastes 7:14: In the day of prosperity be joyful, but in the day of adversity consider: God also hath set the one over against the other, to the end that man should find nothing after him. 15 All things have I seen in the days of my vanity: there is a just man that perisheth in his righteousness, and there is a wicked man that prolongeth his life in his wickedness.

We begin in v. 14a with two related exhortations: “in the day of prosperity be joyful, but in the day of adversity consider.” This tells us, from the start, that there will be both kinds of seasons in the life of the believer.  There will not just be days of prosperity, success, happiness, but there will also be days of scarcity, failure, and sadness.  This verse alone ought to be enough to dismantle the health, wealth, and prosperity gospel.  The believer knows both types of seasons.

Solomon says two things here:  First, when things are going well, be joyful.  There are times to laugh and to dance (see Ecclesiastes 3:4). There are times for feasting in the Christian life.  I remember talking once to a conscientious young man who was worried about some of the rather modest extravagances of his wedding plans.  My counsel to him was, Let your conscience rest easy. There are times in life for feasting.

Second, when things are going badly, consider. As most of us know by hard-won experience, it is actually in the times of adversity that we are more likely to grow spiritually.  Adversity is the school-house where we learn of God’s comfort, his love, his compassion, his faithfulness, his provision, his healing, his peace.  A sick child learns something about the love of his father when he sees the father sit beside him in his sick bed, hold his hand, stroke his brow, and shed a sympathetic tear.

Of course, sometimes the adversity comes about as the result of our heavenly Father’s chastening.  We have drifted, and we have to be reproved and chastened in order to be restored (see the citation of Proverbs 3:11-12 in Hebrews 12:5-11).

Solomon adds: “God hath also set the one over against the other, to the end that man should find nothing after him” (v. 14). God is the one who has perfectly orchestrated the circumstances. He is the ultimate Event Planner.  And he does it so that no man can find any complaints or irregularities or reason for fault-finding or blame in his superintending of these things.
Charles Bridges:
Practical and experiential religion is only learned in that extremity, that brings us to contrite prayer, and casts us in unreserved trust upon our God. Is then the godly man mournful? At least he need not—save by his own fault—be miserable.
What God has done, he has done best (p. 159).
Next in v. 15 we are warned against making human judgments that question the righteousness of God in his providence.  We are told, in particular, that we cannot always draw a clear or straight line between cause and effect. Solomon says here that in his experience of the vanity of life, sometimes he has seen a just man who perished in their righteousness, while, at the same time, a wicked man was granted a long life. Why did God allow an atheistic dictator like Fidel Castro to live 90 years and die peacefully of old age, while he allowed the godly Scottish pastor Robert Murray McCheyne to live but 29 years?
A mature and balanced Christian is joyful in the days of prosperity and pensive, reflective, considerate in the days of adversity. He does not pretend to be God, thinking he can trace out why God let this happen or why he did not let the other happen.  He simply trusts the wisdom and the goodness of his God.
Consider the meditation of Habbakuk:
Habbakuk 3:17 Although the fig tree shall not blossom, neither shall fruit be in the vines; the labour of the olive shall fail, and the fields shall yield no meat; the flock shall be cut off from the fold, and there shall be no herd in the stalls: 18 Yet I will rejoice in the Lord, I will joy in the God of my salvation.