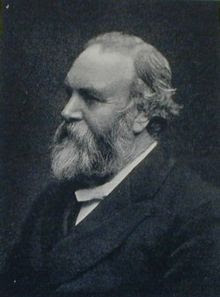 I’ve been reading this week through James Orr’s Revelation and Inspiration (New York:  Scribner’s, 1910). Orr (1844-1913) was a Scottish Presbyterian, a contemporary of B. B. Warfield (1851-1921), known, like Warfield, for his critique of the theological liberalism of his day and his defense of traditional views on the Bible and Christianity.  Orr contributed the articles “The Virgin Birth of Christ” and “Science and Christian Faith” to the famed series, The Fundamentals:  A Testimony to the Truth (1910-1915).

As with Warfield, however, I am struck not only by Orr’s critique of liberalism and skepticism but also by some of the concessions he is willing to make in order to maintain the relevance of Christianity in the “modern” world.

On one hand, Orr can offer a sharp critique of Wilhelm Bousett (1865-1920) and the Religionsgeschichtliche Schule in their “evolutionary” view of the development of religion, including their denial of special revelation and the inspiration of the Christian Scriptures (see pp. 31-39) or Hume’s rejection of miracle (see pp. 109-130).

On the other hand, he sometimes cedes much to the modernists.  Like Warfield, he essentially accepts biological evolution and does not see it as being in conflict with the Christian worldview. So he writes, “the theory of evolution, now commonly accepted in principle, has undergone modifications which remove most of the aspects of conflict between it and the theistic and Christian view of the world” (p. 161).  Orr appears to have been in the vanguard of the theistic evolution position.  When it comes to prophetic actions and miracles in the Bible, Orr suggests some might have been the result of “a visionary element” rather than an actual event (p. 100).  Those who seek a “parabolic interpretation” of Jonah’s  three days and nights in the belly of the fish, Orr suggests,  might consider that it happened “in vision” (p. 101).

This dilemma persists among evangelicals who desire to defend traditional views of Scripture’s reliability but who also desire to intellectual respectability in eyes of the secular world. The question is whether or not this can ever really be done without compromise.