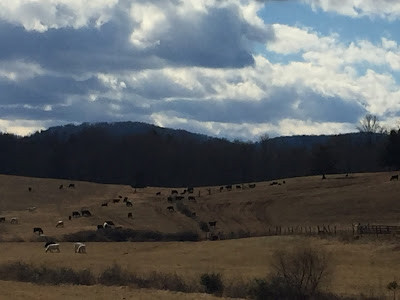 If thou seest the oppression of the poor, and violent perverting of judgment and justice in a province, marvel not at the matter: for he that is higher than the highest regardeth; and there be higher than they (Ecclesiastes 5:8).

If you look at Ecclesiastes 5:8 in the King James Version, you will notice that this verse is set off by a distinct paragraph mark (a pilcrow).  The learned translators set v. 8 apart as a distinct thought.  BTW, these pilcrow notations (paragraph markers) appear throughout the text of the KJV, beginning in Genesis, but then they inexplicably end at Acts 20:36!

So, Ecclesiastes 5:8 is meant to be taken as a distinct thought.  With it we find three thoughts:

First:  The Preacher declares that the ordinary conditions of a sin-sick world should not take anyone by surprise:
If thou seest the oppression of the poor, and violent perverting of judgment and justice in a province, marvel not at the matter:
Christians are realists regarding the state of the fallen world. Men are sinners and if left to their sinful ways they will commit sin. Why are we surprised when sin happens? Why are we surprised at the sin in our own hearts and lives?  “Marvel not at the matter.”
Second:  The Preacher notes that God has graciously provided authorities to restrain evil:

for he that is higher than the highest regardeth

When you first read this you might think Solomon is speaking about God.  No.  He is speaking about the rulers.  He writes this as a king, as one who had to make difficult decisions in ruling and administration.  The king is he is who is highest among the highest of men.  He has been set in his position to regard injustice and to restrain evil (cf. Romans 13:1-7).

Third:  Solomon prophesies that here is a God who is higher than the highest human authorities and he will one day execute justice and save his people:

and there be higher than they.

Solomon acknowledges that there is one who is higher than he.  Consider what David the greatest king of Israel wrote:

Psalm 61:2 From the end of the earth will I cry unto thee, when my heart is overwhelmed: lead me to the rock that is higher than I.

Paul told earthly masters to remember that they had a Master in heaven (Ephesians 6:9).  Here Solomon says, “Kings, remember you have a King.”

The implication is that this King in the heavens regards this sin-sick world.  In some ways, we might see this verse as a prophetic prediction of the highest King’s plan to intervene and redeem this fallen world.  How would he do that?

I call three witnesses before the court to declare how the Highest has regarded this fallen world:  Paul, Luke, and John.

Galatians 4:4 But when the fulness of the time was come, God sent forth his Son, made of a woman, made under the law, 5 To redeem them that were under the law, that we might receive the adoption of sons.

Luke 2:10 And the angel said unto them, Fear not: for, behold, I bring you good tidings of great joy, which shall be to all people. 11 For unto you is born this day in the city of David a Saviour, which is Christ the Lord.

John 3:16 For God so loved the world, that he gave his only begotten Son, that whosoever believeth in him should not perish, but have everlasting life.

If the highest among mere men, mere human kings, will regard the condition of their people and intervene and act on their behalf, to save them from death and destruction, will not the King of Kings look upon the state of man in sin and act to save them?

The good news is that he has done this in the Lord Jesus Christ.