Hitchens on the King James Version 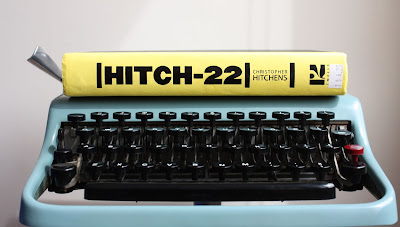 After listening to an audio book version of Christopher Hitchens’ book Mortality, a collection of essays he wrote while suffering from the esophageal cancer that would eventually take his life, and reading his essay collection And Yet…., I have started Hitch 22, the 2010 memoir of the hyper-articulate journalist and “public intellectual,” completed just before the discovery of his fatal cancer.

Hitchens is perhaps best known for his outspoken atheism, especially as expressed in his 2007 book god is Not Great:  How Religion Poisons Everything.  Though it would be simplistic to explain Hitchens’ antagonism to religion in general, and to Christianity in particular, based on his biography, the memoir reveals many possible sources for this antagonism.  For one his mother left his father for a former liberal Church of England minister.  They mutually embraced Eastern Religion and the two died in a murder-suicide pact in Greece.  For another he attended boarding schools with nominal (liberal) church affiliation from the age of eight years where, as he puts it, he was “compelled to sit through lessons in the sinister fairy tales of Christianity” (p. 52).  One wonders how his views might have differed if he had been raised in a loving Christian home and if he had been exposed to authentic, Biblical Christianity.

Nevertheless, despite his protests, Hitchens was clearly influenced by the very faith tradition he despised.  He begrudgingly admits, “but I can’t pretend that I hated singing the hymns or learning the psalms, and I enjoyed being in the choir and was honored when asked to read from the lectern” (p. 52).

When recalling the funeral service of his conservative, British navy veteran father, whom he called “the commander,” he describes how he chose Philippians 4:8 as a reading, hedging that he selected the text “for its non-religious yet high moral character” (p. 45):

After citing the verse in the KJV, Hitchens adds:

Try looking that up in a “modern” version of the New Testament (Philippians 4:8) and see what a ration of bland doggerel you get.  I shall never understand how the keepers and trustees of the King James Version threw away such a treasure (p. 46).

You probably are aware of his brother Peter, who has embraced Anglicanism, but in case are not....Peter pointed to the abandonment of the KJV as a major failure in Christian education....

Anon, thanks for the comment. Yes, I was going to note that somehow from the same home came his brother who is a professed Anglican. It is perhaps another illustration of election (cf. Cain and Abel, Jacob and Esau). Thanks also for the link. I'll check it out.

Pastor Riddle, I had forgotten about these quotes. Thank you for sharing.

If you're enjoying Hitchens you would enjoy Larry Taunton's The Faith of Christopher Hitchens. It is excellent.

Hitchens remains one of my favorite modern writers. Too bad that, for all we know, he never saw the light.

Thanks Noah. I'll put Taunton's book on my list. I like Hitchens as a writer (though I often disagree with his politics and, of course, his theology. He definitely expands your vocabulary. As an essayist, however, I still prefer Joseph Epstein. Excellent writer.

Pastor Riddle, thank you for the recommend. Where would you recommend starting with Epstein?

I'm working through a collection of essays Phillip Lopate now. Very enjoyable reading, though — as you mentioned with Hitchens — one disagrees every second sentence.

This past year I read Epstein's "A Literary Education and Other Essays" (Axios, 2014) and "Essays in Biography" (Axios, 2012). Greatly enjoyed both. I'm not familiar with Lopate. I'll look him up.

For clarity, he didn't write those, just compiled them. Most are classic essays by great essayist which I expect you've already read several times. But most of it is new to me.

I will add the Epstein collections to my reading list. Thank you.