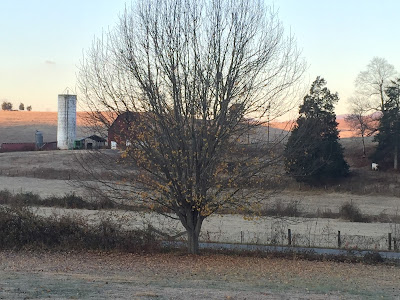 I know that, whatsoever God doeth, it shall be for ever: nothing can be put to it, nor any thing taken from it: and God doeth it, that men should fear before him (Ecclesiastes 3:14).

In v. 14 there are three independent statements made about God’s providential works:

First, his work is permanent: “I know that, whatsoever God doeth, it shall be for ever.”  Would God have made such an intricate and special creature as man merely for a limited temporal existence?  No. we were made for time and for eternity.

Second, his work is perfect:  “nothing can be put to it, nor anything taken from it.”  Mere men cannot second guess God’s work. We are in no position to critique his works or presume to improve upon what he had done.  His work is perfect.

Third, his work is purposeful:  “and God doeth it, that men should fear before him.” God made and provided for the world, so that men, his image bearers, made a little lower than the angels, should fear him.

His goal or end in giving us all the experiences of our lives is that we might fear him.  Fear here means to give reverence or awe. Notice, his end is not that we love him or thank him, though we do love and thank him (and it is right to do so!), but that we fear him, that we hold him in reverential awe. This recalls a repeated refrain in the wisdom literature, perhaps best epitomized in Proverbs 9:10: “The fear of the LORD is the beginning of wisdom: and the knowledge of the holy is understanding.”

The term “God-fearing” has become one that seems out of fashion, and it has even become one of ridicule and derision, but it continues to convey a key Biblical concept.

Are you a God-fearing man?  The wise man is one who does not think first of pleasing himself or any other man but of pleasing God. He fears God!  God provides for us so that we might fear him.

Grace and peace, Pastor Jeff Riddle
Posted by Jeffrey T. Riddle at 7:51 AM