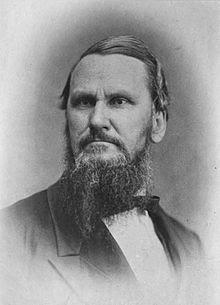 R. L. Dabney’s article “The Moral Effects of Free Justification” appeared in The Southern Presbyterian Review (April, 1873) (reprinted in Dabney’s Discussions, Vol. I, pp. 73-106).  In the article Dabney discusses how the doctrine of free justification does not exclude the expectation of good works:

To the inconsiderate there may seem to be a contrariety; but the easy and obvious solution is the truth that, while our works are naught as a ground of merit for our justification, they are all-important as evidences that we are justified. The man that hath clean hands and a pure heart is the one who shall ascend into the hill of the Lord. Obedience characterizes one as a friend of Christ. The fear of God and works of righteousness distinguish the man who is accepted of him. The faith which evinces its living power by no works has now power to justify. The justified person is the one that doeth just works. All this is true. But this is far short of saying that the merit of clean hands and pure heart is what entitled the first-mentioned to his place in the hill of the Lord, that a sinner’s obedience deserved the bestowal of Christ’s friendship, that the fear of God and righteous works purchased Cornelius’ acceptance with him. In a word, the personal value of the believer’s good works to him in the transaction of his justification is not their purchasing, but their indicative, power (p. 89).