Pastoral Challenge: A reading list before you preach on the Ending of Mark 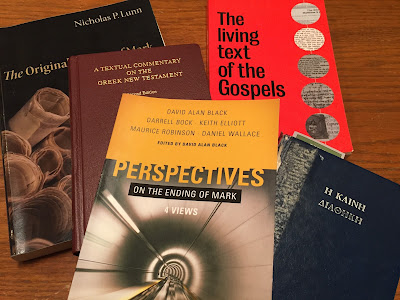 I’ve recently recorded several Word Magazine podcasts on the ending of Mark.  Many contemporary evangelical and even Calvinistic and Reformed men are suggesting not only that Mark 16:9-20 was not written by Mark but that it is a spurious and uninspired addition created by a “rogue” scribe and should not be considered part of the canonical text of Mark’s Gospel.

To my fellow pastors and expositors I want to offer this challenge:  Before you preach on the Ending of Mark, exercise due diligence and read at least the following five sources which defend the authenticity of Mark 16:9-20:

To be completely fair and even-handed, I would also suggest that you read the following five sources which reject the authenticity of Mark 16:9-20:

Reading these sources will allow you to make a better informed judgment about the text of the ending of Mark and the canonical status of Mark 16:9-20.  I also believe that a fair evaluation of the evidence will convince many who are skeptical about the authenticity of Mark 16:9-20 to change their minds and confidently affirm it.

Thanks for sharing both sides of the discussion here, Jeff. I will add some of these to my reading list.