Eusebius, EH.7.20-21: Dionysius's Festal Letters in the Midst of Persecution and War 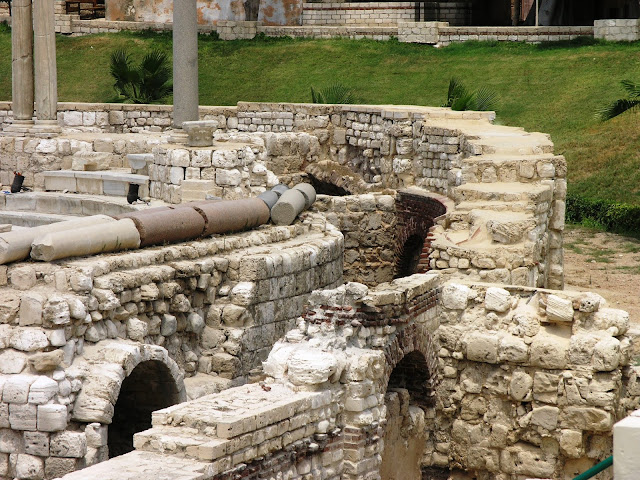 This is an occasional series of readings from and brief notes and commentary upon Eusebius of Caesarea’s The Ecclesiastical History: Book 7, chapters 20-21. Listen here.

These chapters describe the various festal letters of Dionysius of Alexandria, who served as a major source for Eusebius in describing this time period.

Chapter 20 begins with mention of Dionysius’s various letters written on the occasion of the Pascha. This recalls the Quartodeciman controversy concerning the time when the passion and resurrection of Christ was to be remembered. Dionysius apparently favored the commemoration after the vernal equinox and not at the time of the Jewish Passover (14 Nisan). It is also noted that he wrote these letters even while the various persecutions were still underway.

Chapter 21 describes Dionysius’s return to Alexandria during a short-term peace of the church, which was interrupted when war broke out among various factions at Alexandria. At this time, the Christians were not able to assemble, so Dionysius had to communicate to those in Alexandria during the Pascha by letter “as if he were someone in a foreign country, from Alexandria itself.”

An excerpt is provided from a letter in which the bishop shares his frustration with not being able to see the brethren in person or even to get his correspondence through to them. He notes the danger involved in passing from one end of the city to the other, making it harder than traveling from one country to another. The central street was harder to traverse than was the desert crossed by the Israelites during their exodus. The harbor and rivers were sometimes as dry as when the Red Sea was removed and at other times prone to flood, as in the days of Noah. The waters were also at time red with the blood of the killed, as in the time of Pharaoh. Water and air were foul with the smell of rotting corpses.

These conditions would lead to famine (as described in the next chapter, 7.22). War and pestilence greatly reduced the population, removing especially the elderly, so that those who were once the youngest were now the oldest. The assessment is quite pessimistic, as Dionysius says that the time seemed to be drawing near when humans would be wiped out completely.

Eusebius continues to draw on Dionysius of Alexandria and his various letters, including, here, his festal letters, as a key source. No sooner had Christians escaped persecution from the state than they were caught up in war and famine. Dionysius provides a vivid and sometimes heart-wrenching description of the horrific sufferings of civilians in times of war and pestilence. His descriptions of frustration with confinement to home and lack of access to person-to-person Christian assemblies will certainly resonate with any who have had to deal with quarantines due to war or disease. Still, he offers encouragement by relating his times to Old Testament antecedents, even if his vision for the future of humanity remains dim.