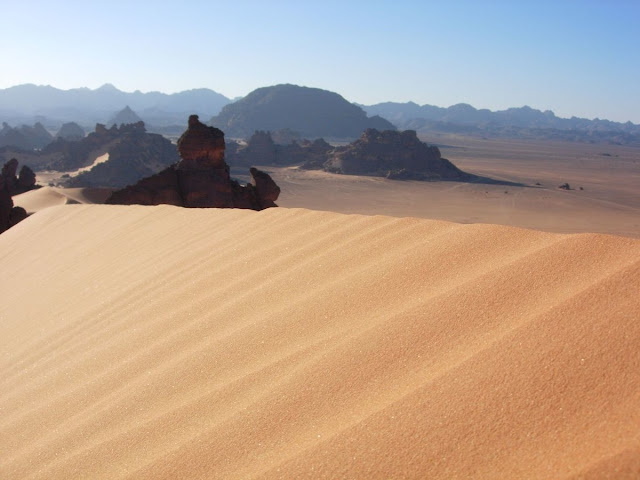 This is an occasional series of readings from and brief notes and commentary upon Eusebius of Caesarea’s The Ecclesiastical History: Book 7, chapter 11. Listen here.

This chapter surveys the experiences of persecution and suffering of Dionysius of Alexandria and others during the Valerian persecution. Dionysius’s writings provided a key source for Eusebius much of the history of this era.

Eusebius begins by citing Dionysius’s work against the bishop Germanus, in which he describes being taken with other Christian leaders before the magistrate Aemilianus who urged him to renounce the faith and to which Dionysius says, “I testified outright that I worship the only God and none other, nor would I change or ever cease to be a Christian.” With that he was banished to a desert village called Cephro.

A dialogue is cited between the magistrate and Dionysius in which the magistrate forbade the exile from holding assemblies or entering the cemeteries. Christians apparently did the latter to remember or commemorate the deaths of their martyrs.

Dionysius is then cited as saying, “But we did not abstain from the visible assembling of ourselves with the Lord.” He adds that in Cephro they were at first reviled and even stoned “but afterwards not a few of the heathen left their idols and turned to God.” He sees even his banishment as part of God’s providential plan to spread the Christian faith.

Later removed to a place called Colluthion, Dionsysius relays that he was at first greatly vexed, but cheered when he found this place was closer to the city (Alexandria), and he might have more opportunity to fellowship with the brethren.

Eusebius then cites a letter from Dionysius to Domitius and Didymus in which he also describes the persecution of those times, noting: “Only understand that men and women, both old men and lads, both girls and aged women, both soldiers and civilians, both every race and every age, some enduring scourgings and fire, others the sword, conquered in the fight and received their crowns.”

He adds how he and four others (Gaius, Faustus, Peter, and Paul) were forcefully carried away and he, Gaius, and Peter were left in a “lonely, parched spot in Libya.”

He notes how some presbyters secretly visited the brethren in the city (Alexandria), and other presbyters better known, Faustinus and Aquila, wandered about in Egypt. Some of the deacons were martyred and some survived. Among the survivors a deacon named Eusebius distinguished himself by courageously ministering to the confessors in prison “at no small risk” to himself, and even cared for the corpses of “the blessed and perfect martyrs.”

Eusebius notes that this deacon, also named Eusebius, became bishop of Laodicea, and one of the presbyters, Maximus, succeeded Dionysius as bishop of Alexandria, while the presbyter Faustus had died a martyr at an old age, being beheaded during Eusebius of Caesarea’s times.

This chapter expands on the Valerian persecution by providing the firsthand experiences of Dionysius and others. It is another reminder of the sufferings of the early Christians and how the martyrs and confessors became the heroes of the early church.