Eusebius, EH.7.12-14: The End of the Valerian Persecution & Peace Under Gallienus 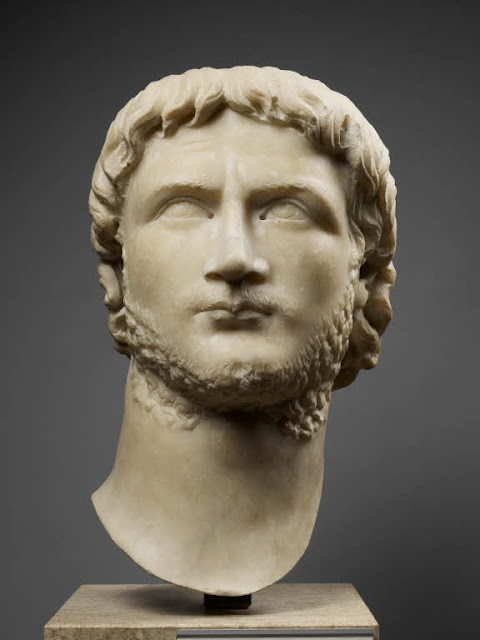 Image: Marble bust of the Roman Emperor Gallienus, who ruled as sole Emperor of Rome from 261-268. Louvre Museum, Paris.

This is an occasional series of readings from and brief notes and commentary upon Eusebius of Caesarea’s The Ecclesiastical History: Book 7, chapters 12-14. Listen here.

These chapters describe the end of the Valerian persecution and a period of peace for the churches that came under the rule of the Emperor Gallienus.

Chapter 12 describes three Valerian martyrs at Caesarea in Palestine: Priscus, Malchus, and Alexander. These men lived in the country and had escaped persecution, but stirred in conscience to seek “the crown of martyrdom”, they presented themselves to the magistrate in Caesarea and met their end by being given to the wild beasts. Mention is also made of a certain woman put to death at the same time, but, it is noted, she was from the sect of Marcion, so she was not counted among the orthodox martyrs.

Chapter 13 relates how Valerian was captured and enslaved by the Barbarians (Persians) and was succeeded by his son Gallienus, who put an end to the persecution of Christians.

A letter, translated from Latin to Greek, from the emperor to the bishops Dionysius, Pinnas, and Demetrius is cited, which announced this reprieve.

It is noted that he wrote another letter to certain bishops allowing them to “recover the sites of the cemeteries”, places no doubt were the martyrs were remembered.

Chapter 14 surveys the bishops and their succession.

Xystus was ruling in Rome.

Demetrian, following Fabius, was at Antioch.

Gregory (Thaumaturges) and his brother Athenodore were ruling the churches of Pontus. It is noted that they were pupils of Origen.

At Caesarea in Palestine, Domnus succeeded Theoctistus. After him, came Theotecnus, also a student of Origen.

In Jerusalem, Mazabanes was succeeded by Hymenaeus, who, Eusebius says, was distinguished for many years, even to his own days.

These chapters describe the restoration of the general peace of the church which came with the end of Valerian’s reign and the rise of Gallienus. As is customary for Eusebius, he accompanies the succession of imperial leaders with a description of succession among the bishops of prominent churches. The descriptions of these men include a number who were students of Origen, showing the continuation of his influence among the early Christians.