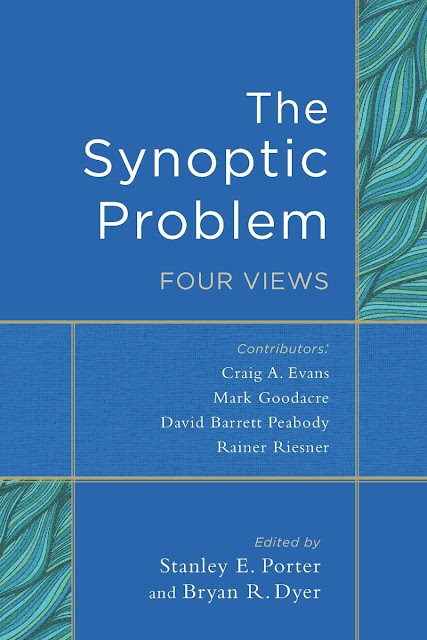 I have just posted WM 129: The Synoptic Problem and Text Criticism. Listen here.

In this episode I do two things:

First, I share a draft of a recent book review I completed on the Synoptic Problem.

Second, I reflect on a recent blog post that raised questions about the Synoptic Problem and Text Criticism.

In a blog post titled “Markan Priority, Messianic Secret, and the Textus Receptus” from May 9, 2019 on the Evangelical Text Criticism blog, Peter Gurry noted an article from David Parker in an anthology titled The Future of NT Textual Scholarship (Mohr Siebeck, 2019), sadly priced at over $150!

Parker apparently writes about how the rejection of the TR was connected to the overall objectives inherent in the application of modern historical-critical method to the TR. Here is the brief quote from Parker’s article:

The result [of using 4th/5th c. manuscripts for critical editions] represented a huge change from the Textus Receptus. Gone were the Johannine Comma, the Pericope Adulterae, the Longer Ending of Mark. Gone too were so many harmonisations and alterations in the text of Mark that the new editions produced what by comparison with the Textus Receptus was a new version of the Gospel. A new approach to the Synoptic Problem and the influential theory of the Messianic Secret were just two developments that would never have been possible using the Textus Receptus.

So, the rejection of the TR leads to the Synoptic Problem and the Messianic Secret? Parker (and perhaps Gurry too, though more cautious) see this as a great advance. But is it? What has this meant for the authority of the Bible?

Could it be that the first step to reclaiming Biblical authority is reclaiming an authoritative text?