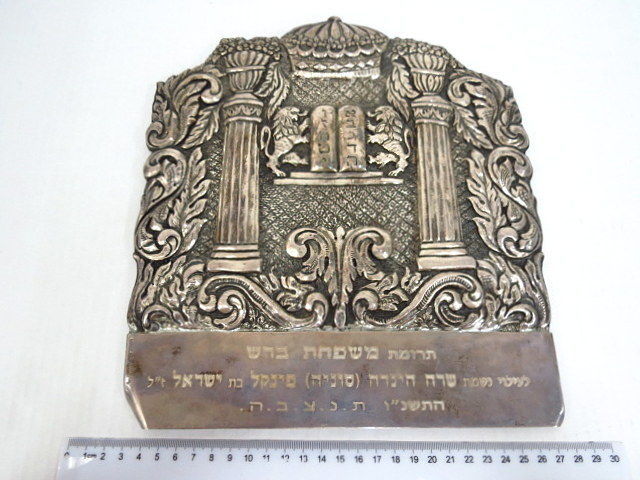 1 Kings 7 describes the temple furnishings or “treasures of the house of the LORD.” One modern commentator (Dale Ralph Davis) on 1 Kings titles his entry on 1 Kings 7: “Interior Decorating.” This commentator also observes that the author of I Kings had “enthusiasm for describing liturgical equipment” (Davis, 1 Kings, 75)!

What spiritual lessons do we learn from 1 Kings 7?

First: We learn something of the centrality and preciousness of worship.

It is to be orderly, reverent, and regulated not by the will of man but by the will and command of God. Do we approach worship with an irreverent, flippant, indifferent, or aloof spirit?

Second: We learn also of Christ. The temple anticipated the incarnation of the Lord Jesus Christ and the new covenant worship of the people of God.

Although the price of redemption was not actually paid by Christ till after his incarnation, yet the virtue, efficacy, and benefit thereof were communicated to all the elect in all ages, successively from the beginning of the world, in and by those promises, types, and sacrifices wherein he was revealed….

The temple (and even Solomon’s palace) pointed toward Christ as a promise, shadow, and type of that which was to come.

Consider the “porch of judgement” (1 Kings 7:7) where Solomon evaluated the people, declared them innocent or guilty, and exercised righteous judgement.

We are reminded that in this present age that we can come before Christ and seek his counsel, evaluation, and judgment.

We are also reminded that at the end of the ages all men will stand before him: “For we must all stand before the judgment seat of Christ” (2 Cor 5:10).

Think for a second of that temple and its furnishing.

Consider those massive bronze pillars, named Jachin and Boaz (1 Kings 7:15, 21). Now we can say that Christ is our foundation. Christ is our pillar. The wise man will build his life on Christ (see Matt 7:24-27). Christ is the Jachin (He shall establish) and the Boaz (He is our strength).

Consider the sacrifices that were made there, and the molten sea and basins of water needed to give cleansing.

Christ laid down his life once for all so that we might be cleansed from our sin and made righteous in God’s sight. Consider:

Hebrews 10:4 For it is not possible that the blood of bulls and of goats should take away sins.

Hebrews 10:12 But this man, after he had offered one sacrifice for sins for ever, sat down on the right hand of God.

In 1 Kings 7 we have the inspired account of a 20-year process to build Solomon’s temple and palace. It stood for years, till destroyed by the Babylonians, pointing forward to a hidden reality, a mystery that has now been revealed in Christ for those with eyes to see and ears to hear.