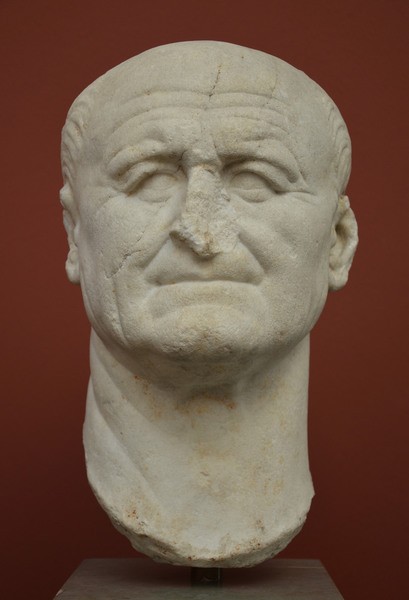 A new episode is posted to the series on Eusebius of Caesarea’s The Ecclesiastical History: book 3, chapters 11-16. Listen here.

In these brief chapters Eusebius describes the continuation of the Christian communities in the time after the fall of Jerusalem, during the reign of the Roman Emperors Vespasian, Titus, and Domitian. The focus is on the cities of Jerusalem, Alexandria, and Rome, key center of early Christianity.

Chapter 11: Eusebius notes the importance of “the family of the Lord” in the church at Jerusalem, in the selection of Simeon, son of Clopas, to succeed James as bishop. He asserts that Simeon was the son of Clopas (Cleopas), the brother of Joseph (according to a tradition from Hegessipus). This is the Cleopas mentioned in Luke 24:18 (Cleopas as one of the two disciples who met the risen Lord on the way to Emmaus) and John 19:26 (Mary of Cleopas).

Chapter 12: This notes Vespasian’s efforts to seek out the family of David to avoid future insurrections.

Chapter 14: This notes the succession in the church of Alexandria from Annianus to Abilius in the fourth year of Domitian.

Chapter 15: This notes the succession in the church of Rome from Anencletus to Clement (cf. Phil 4:3) in the twelfth year of Domitian.

Chapter 16: This notes the “long and wonderful” epistle of Clement of Rome to the church at Corinth. For a review of Clement's epistle, see WM 113.