Eusebius, EH.3.7: Christ's Prophecies of the Fall of Jerusalem 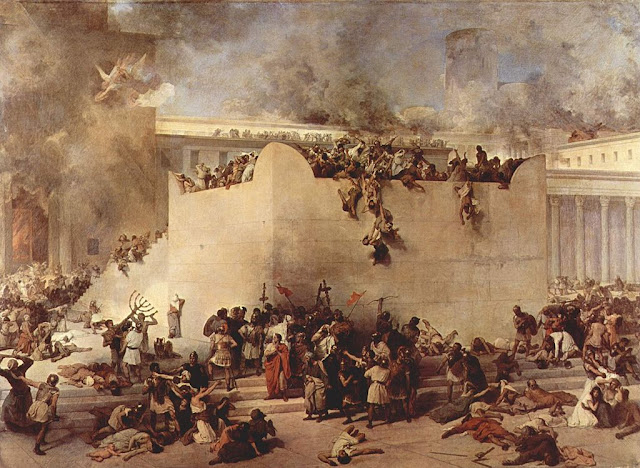 Another episode is posted to the series on Eusebius of Caesarea’s The Ecclesiastical History: book 3, chapter 7. Listen here.

Eusebius continues to stress the fall of Jerusalem to the Romans in AD 70 as “the reward of the iniquity of the Jews and of their impiety against the Christ of God.”

He also stresses that the fall of Jerusalem had been accurately prophesied by Jesus himself in his teaching ministry.

He cites Josephus’ estimate that 1.1 million died by famine and sword and that 90,000 under age 17 were sold into slavery.

He then recalls again Christ’s prophecies against the city, especially in Luke chapters 19 and 21. Eusebius expresses none of the modern skepticism that sees these as mere ex eventu prophecies. Rather, he sees this an indisputable evidence of Christ’s divine character and of the supernatural character of his words.

He also sees it as especially appalling that a robber and murderer (Barabbas) was released rather than “the author of life.”

Finally, he notes that despite such insults, it is a sign of divine long-suffering that the fall of Jerusalem came only 40 years after Christ’s crucifixion.