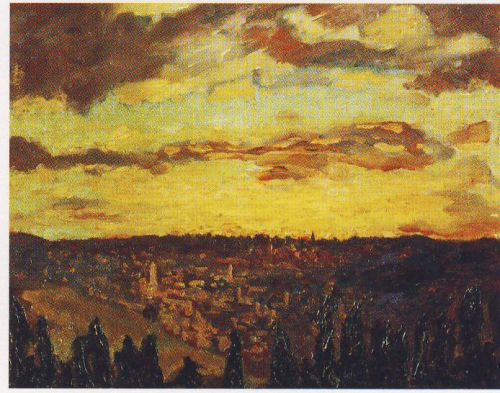 Another entry is added to the series on Eusebius of Caesarea’s The Ecclesiastical History: book 3, chapter 8. Listen here.

In the previous chapter (3.7) having discussed Christ’s prophecies of the fall of Jerusalem, Eusebius in this chapter (3.8) reviews a number of ill omens that supposedly also predicted its fall and destruction as described by Josephus.

A star that stood over the city and a comet that lasted a year;
A light that shone on the altar and temple for half an hour at the Feast of Unleavened Bread;
At the same feast, a cow that gave birth to a lamb;
The opening of a heavy, bronze gate in the temple on its own;
The appearance of a demonic phantom;
At Pentecost, the sounds of an invisible host in the air;
The “woes” of Jesus (Joshua) son of Ananias during the Feast of Booths;
And a “sacred script” that one from that country should rule the world, which Josephus took as a reference to Vespasian but Eusebius to Christ.

To modern ears these may seem like little more than superstitious fantasies, but Eusebius takes them seriously, though less so than he does the prophecies of Jesus in the Gospels.