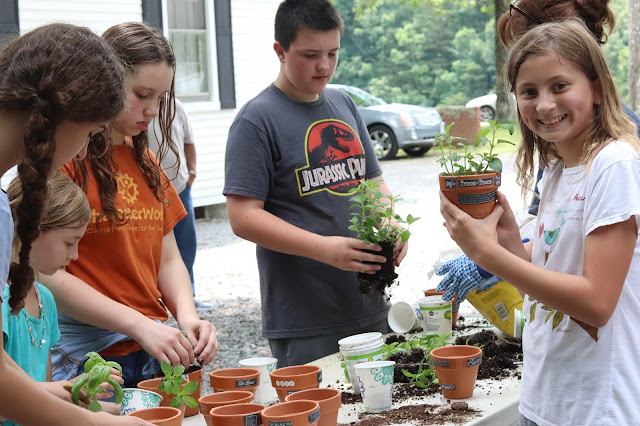 Image: Another scene from 2019 CRBC VBS.

And God gave Solomon wisdom and understanding exceeding much, and largeness of heart, even as the sand that is one the sea shore” (1 Kings 4:29).

The historian tells us the source of the blessings that came to Israel through Solomon: “And God gave Solomon wisdom…” (v. 29). It did not come from Solomon himself but from the Lord. One commentator observes: “Grace explains wisdom” (Davis, 1 Kings, p. 49).

As James wrote, “every good gift and every perfect gift is from above.” Where does wisdom come from? Proverbs 9:10: “The fear of the Lord is the beginning of wisdom: and the knowledge of the holy is understanding.” If we do not get this right everything else will be askew, off-kilter, or, as they say in Appalachian English, sigogglin.

Solomon’s wisdom, like the number of the nation of Israel, was as the sand of the seashore! (v. 29b).

His wisdom excelled that of the men of the East and of Egypt (v. 30).

He was wiser than the other sages of Israel, like Ethan the Ezrahite (credited with writing Psalm 89), Heman (the name means “faithful”; credited with writing Psalm 88), Chalcol and Darda, the sons of Mahol (v. 31a). His fame spread beyond the boundaries of Israel (v. 31b). He was internationally known for his wisdom. In 1 Kings 10 we read about the queen of Sheba hearing of his fame and coming “to prove him with hard questions” (v. 1).

He was a naturalist, an arborist, a biologist, a zoologist (v. 33). A wise man appreciates the beauty and complexity of the natural world and praises the Designer who created and sustains it all.

Solomon was a man of great wisdom, but in the fullness of time a greater than Solomon has come. He is, as Paul described him, the power and wisdom of God (1 Cor 1:24). The Lord Jesus Christ would himself declare, “a greater than Solomon is here” (Matt 12:42). True wisdom comes from the fear of Christ.