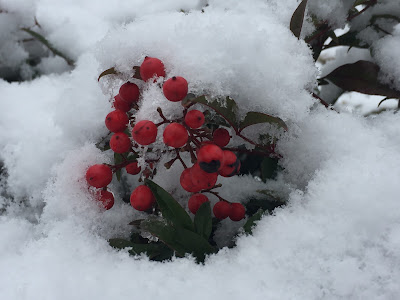 For therefore we both labour and suffer reproach, because we trust in the living God, who is the Saviour of all men, specially of those that believe (1 Timothy 4:10).

The final paragraph in chapter five of the 1689 Baptist Confession, “Of Divine Providence,” stresses God’s special care for his church:

Paragraph 7. As the providence of God doth in general reach to all creatures, so after a more special manner it taketh care of His church, and disposes of all things to the good thereof.

The first prooftext listed is 1 Timothy 4:10. This is a verse much disputed by our Arminian friends, who like to see it as a proof for “universal” redemption, as opposed to particular redemption or limited atonement.

I believe, however, that the framers of the confession were very intentional in their use of this prooftext at this point. By citing it here, they were making the point that this verse does not address the doctrine of salvation or redemption but providence.

Look at the context. Paul is writing to encourage the young minister Timothy, urging him to remember that in the midst of difficult labors and the suffering of reproach, he should trust in the living God. He is not addressing here the doctrine of salvation, but that of providence. In this context he refers to the Lord as “the Saviour (Greek: Soter) of all men.”  This term can indeed can be used to refer to the God of the Bible as a Redeemer. It can also, however, be used to refer to God as a Provider. The Romans could refer to their emperors as “saviors,” not meaning that they provided spiritual salvation, but material protection. To call God “the Saviour of all men” here would be parallel to Jesus’ teaching in Matthew 5:45 that God causes the rain to fall and the sun to shine on both the just and the unjust.

In his commentary on this verse, John Calvin sees the main point as being that believers lose nothing of God’s providence when they are tried by adversity. He thus takes “Saviour” here as “a general term” denoting “one who defends and preserves.” He concludes that Paul’s meaning here is “that the kindness of God extends to all men.” If God’s goodness and care extends to all men, then, “how much more is it experienced by the godly, who hope in him?”

Matthew Poole, likewise, takes “Saviour” as used here to mean, “The Preserver of all man, the Preserver of man and beast.” He compares this verse to Psalm 33:18-19, where one finds a similar stress on God’s preservation of his people. Poole adds:

This seemeth rather to be the sense of the text, than to understand it of eternal salvation, for so God is not the actual Savour of all; besides that the text seemeth to speak of a work proper to the Father, rather than to the Son.

Poole does indeed raise a major issue with the Arminian interpretation. If “the Saviour of all men” is taken as a reference to general atonement, it lends support to the unsavory notion of universal salvation, a concept clearly counter to the Biblical witness (cf. John 3:36).

So, 1 Timothy 4:10 does not contradict the doctrines of grace. When Scripture is “rightly divided” it must be interpreted as a testimony to God’s special care for his people. If he provides for all men, will he not, all the more, provide for his own dear people?

Grace and peace, Pastor Jeff Riddle
Posted by Jeffrey T. Riddle at 11:06 AM