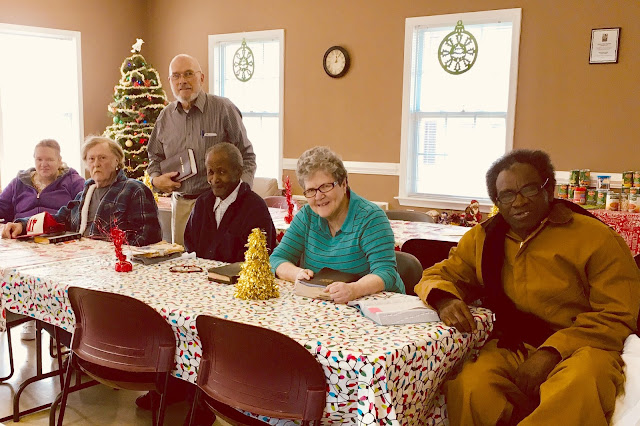 John 6:34 Then said they unto him, Lord, evermore gives us this bread. 35 And Jesus said unto them, I am the bread of life: he that cometh to me shall never hunger; and he that believeth on me shall never thirst.
In light of Christ’s teaching about the “true bread” in John 6:32, the crowd petitions: “Lord, evermore give us this bread” (v. 34).
This would have been a fitting request, if they had understood who Christ is. As it stands, however, it only demonstrates their dullness.
Jesus had spoken about the “true bread” which comes down from heaven and gives life (6:32-33). They reply: Give it to us. They are thinking that he is speaking about some kind of bread to fill the stomach, some magic manna, and not about himself.
Their petition is much like that of the Samaritan woman in John 4. After Jesus had spoken to her about the living water, she said to him, “Sir, give me this water, that I thirst not, neither come hither to draw” (4:15).
Then we come to Christ’s declaration of a key analogy or comparison, the first of the so-called seven “I am” sayings of John’s Gospel (but cf. already John 6:20), as Jesus declares: “I am the bread of life” (v. 35a). Every Jewish hearer would have noted an echo here of Exodus 3:14, Moses at the burning bush. When Jesus says, “I am”, he is making himself equal with God. Jesus comes not as a social worker, not as a community activist, who tries to fill the stomachs of men. He comes as God himself incarnate.
He has already spoken of himself as the “true bread,” and now he calls himself “the bread of life.” Bread was a staple in the diet of first century men as it remains for most men today. In some ways bread is the most basic, the most primal of all the foods which nourish and strengthen a man. Through this analogy Jesus is saying, I am not peripheral to a man’s existence, but I am essential to a man’s health and well-being. Either he will receive me and flourish or he will reject me, shrivel, and die.
So, Jesus says, “he that cometh to me shall never hunger; and he that believeth on me shall never thirst” (v. 35). Calvin in his commentary notes the expansion of the metaphor here. We do not think of bread satisfying thirst. The point is that Christ is the food that satisfies a man’s soul, that meets his cravings and longings, and that soothes his restless heart.
This is the reality of who Christ is and what he does for those who believe in him.