Haldane's critique of an "open" view of canon: "and a fixed standard they never have" 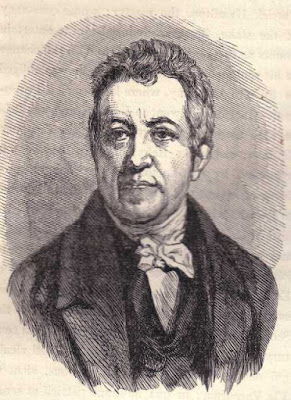 I’m continuing to review Robert Haldane’s The Books of the Old and New Testaments Proven to be Canonical (1830; Sprinkle reprint, 2014). After my recent review of THGNT (here), I was struck by this statement by Haldane on the problem with adopting an “open” view of the canon:

If we displace from the canon any one of those books that have been sanctioned by the recognition the Lord Jesus Chris and his Apostles, we overturn the authority on which the rest are held, and invite evil propensities of our nature to quarrel with any thing in the Bible to which we find disrelish. Those who hold that the question of canon is open to discussion, and who set aside any part of it on the ground of either external or internal evidence, cannot be said to have a Bible. Their Bible will be longer or shorter according to their researches; and a fixed standard they never have (83-84).

Haldane puts his finger here on a major fault in the modern reconstructionist approach, the lack of a fixed standard. When I first read the above paragraph, I thought, I agree completely, but I only wish Haldane had addressed not only the books but also the texts of those books. I supposed that he did not address these issues because at the time of his writing (1830), the modern critical text’s full on assault of the TR, and accompanying texts like the ending of Mark or the PA, was not yet in full stride. Lachman’s Greek NT was published in 1831, Tregelles’ work was completed in 1872, and Wescott and Hort’s in 1881.

Nevertheless, I was pleasantly surprised to find Haldane skate a bit closer to the issue, not only of the books but also the content of the books (text), as he mounted a defense, in particular, of the antilegomena of the OT. So, he observes:

If, then, in a book recognized by the canon, as the Song of Solomon, we find matter which to our wisdom does not appear to be worthy of inspiration, we may be assured that we mistake (85).

This question of the canon, then, proceeds on infidel and irrational principles, which, if carried to their legitimate length, must, in the end in complete unbelief (85).

Haldane appeals to Augustine’s comments on those tinkering with the canon and offers this quotation (unfortunately without specific attribution):

“According to your way of proceeding, the authority of Scripture is quite destroyed, and everyone’s fancy is to determine what in the Scriptures is to be received and what not. He does not admit it, because it is found in the writings of so great credit and authority; but it is rightly written, because it is agreeable to his judgment. Into what confusion and uncertainty must men be brought by such a principle!” (86).

Haldane closes this discussion by questioning the wisdom of sowing doubt about canon among believers:

Of the divine original of the Sacred Scriptures, as we now possess them, we have evidence of the most abundant and diversified. It is this distinguishing characteristic of the Gospel, that it is preached to the poor, and God has so ordered it, that the authenticity of that word by which all are to be judged, should not be presented to them as a matter of doubtful disputation (86-87).