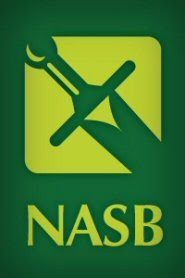 This episode has two parts. The first part is a review of some of the upcoming changes to the New American Standard Bible (NASB), coming in 2020. Below are my notes for Part One:

A recent post (3.26.19) on the Evangelical Text Criticism blog listed five of the upcoming changes (see the post here) in the new edition. Here they are with some of my comments added:

We urge you, brethren, admonish the unruly, encourage the fainthearted, help the weak, be patient with everyone. NASB 1995

We urge you, brothers and sisters, admonish the unruly, encourage the fainthearted, help the weak, be patient with everyone. NASB 2020
JTR comments: The Greek word is adelphoi. This reflects the desire for gender inclusivity. Yes, Paul was writing to the whole church (men and women), but the term used by Christians was not “brothers and sisters” but “brethren” or “brothers.” Literal accuracy is lost and perhaps some theological accuracy.
Micah 6:8

He has told you, a human, what is good... NASB 2020
JTR comments: The Hebrew is adam, man. This is another example of the trend toward gender inclusivity. The new reading seems to sacrifice readability for political correctness. While “O man” sounds contemporary, who would say, “you, a human”?
Joshua 1:9

Have I not commanded you? Be strong and courageous! Do not tremble or be dismayed, for the LORD your God is with you wherever you go.” NASB 1995

No one has seen God at any time; the only begotten God who is in the bosom of the Father, He has explained Him. NASB 1995


No one has seen God at any time; God the only Son, who is in the arms of the Father, He has explained Him. NASB 2020
JTR comments: There are two changes here.
The first presents the most intriguing doctrinal change. The text here has been debated (see WM 56). Two key readings emerge: either [ho] monogenēs theos or ho monogenēs huios. The former is the reading of the modern critical text (see NA28), while the latter is the reading of the TR (so the KJV reads: “the only begotten Son”). Interestingly, the latter is also the reading of the THGNT (2017).
The new NASB, however, does not clearly follow either option but seems to combine them in a way not reflected in any textual reading (as appearing in the NA 28 apparatus anyhow, something like: theos monogenēs huios).
It also renders monogenēs not as “only begotten” but simply as “only.” Interestingly enough, this makes the NA 2020 read like the NRSV: “It is God the only Son….” This view of monogenēs as meaning “unique” or “one of a kind” is reflected in James R. White’s The Forgotten Trinity (Bethany, 1998; see pp. 61-64 and especially footnote 27, pp. 201-203). Does this view, however, disregard the doctrine of the eternal generation of the Son? See the recent collection of essays arguing for the retrieval of this classic doctrine: Fred Sanders and Scott Swain, Eds., Retrieving Eternal Generation (Zondervan, 2017).
The second renders the Greek word kolpos not as “bosom” or “breast”, but as “arms.” This is a movement away from a literal word-for-word rendering. Greek has a word for arm (braxiōn), but it is not used here. Is “bosom” really so hared to understand? Why make this change?
Conclusions:
One of the major problems with modern translations is their lack of stability. This undermines their usefulness for memorization, liturgy, and scholarship.
Particularly problematic is the apparent tendency in the NASB toward gender inclusivity at the expense of literal accuracy. Was nothing learned from the TNIV fiasco (released 2002, discontinued 2011)?
JTR