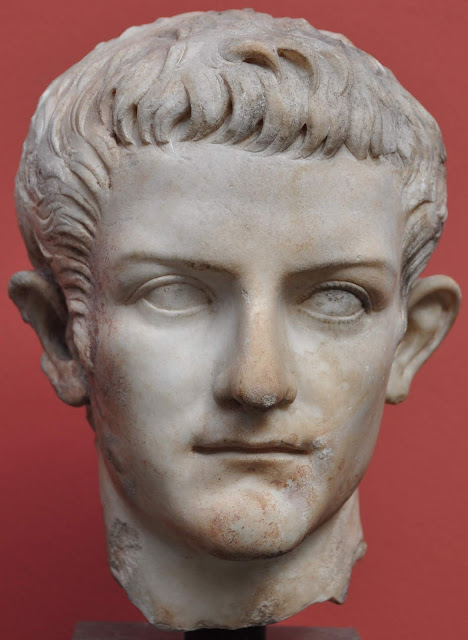 A new installment has been posted to Eusebius of Caesarea’s The Ecclesiastical History: book 2, chapter 4-6 (listen here).

Eusebius here traces early Christianity against the backdrop of the reign of Caius [Gaius] Caesar, also known as Caligula.

He notes the emperor’s appointment of Herodian rulers in Palestine.

He also discusses the influence of Philo, the great Jewish philosopher of Alexandria.

He notes the mental instability of Caius and his announcement of himself as a god, and how Philo represented the Jews in Rome before the unstable emperor.

He claims to draw his accounts both from the writings of Josephus and Philo.

Eusebius discusses Caius’s bitter hatred of the Jews and how he set up his image in synagogues and even tried to make the Jewish temple in Jerusalem a shrine to “Caius the new Zeus manifest.”

He also describes an incident of Pilate’s violence against the Jews—clubbing to death those who opposed his use of religious funds to build an aqueduct.

Eusebius sees the suffering of the Jews and the ultimate fall of Jerusalem as a divine penalty “for their crimes against Christ.”