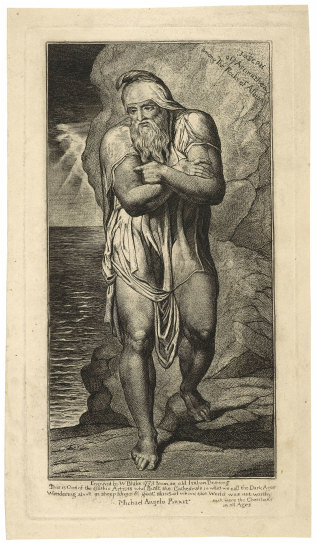 And after this Joseph of Arimathea, being a disciple of Jesus, but secretly for fear of the Jews, besought Pilate that he might take away the body of Jesus: and Pilate gave him leave. He came therefore and took the body of Jesus (John 19:38).

Each of the Gospels give us bits of information about him:

In Mark 15:43 he is described as “an honorable counsellor, which also waited for the kingdom of God.”

Joseph indeed stands forever immortalized in Scripture as one who tried to keep quiet his commitment to Christ due to fear of man.

We need to remember, however, that though Joseph had been a secret disciple, at this moment of crisis, at the very time after Christ had been crucified, his fear was taken away and he stepped forward to honor Christ by giving his body a proper and respectful burial.

Think of the courage it took for him to approach Pilate to beseech him “that he might take away the body of Jesus.”

Calvin notes that here we have “a striking proof that [Christ’s] death was more quickening than his life.” Christ now extinguished the passions belonging to the flesh of Joseph. So long as ambition and love of money reigned in Joseph the grace of Christ had no charm for him, but now he began to disrelish the whole world.

Ryle said: “But his case teaches us that there is sometimes more spiritual work going on in men’s minds than appears. We must not set down every one as utterly graceless and godless, who is not bold and outspoken at present. We must charitably hope that there are some secret disciples, who at present hold their tongues and say nothing, and yet, like Joseph, will one day come forward, and be a courageous witness for Christ.”

Joseph had indeed been changed by the passion and death of Christ on the cross, and he is, therefore, a harbinger of myriads of timid and fearful men who are made bold when they are gripped by this great reality (cf. John 12:24-26).

Labels: Gospel of John, Joseph of Arimathea, The Vision 2019