Word Magazine # 54: The Comma Johanneum and the Papyri 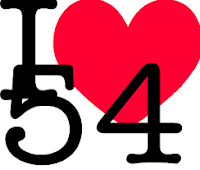 Note:  Today I posted to sermonaudio.com WM # 54 The Comma Johanneum and the Papyri.  Below are some notes from this episode:

Back in February at the Erasmus conference at HBU, I listened to Dan Wallace’s plenary lecture in which he gave a somewhat standard talk repeating many of the Erasmus chestnuts, especially regarding the Comma Johanneum (CJ; 1 John 5:7b-8a) (see my summary here). At the close he summarized the external evidence, noting that the CJ is found in only nine extant Greek mss. and several of those are in marginal notes.

In my blog summary I wrote the following: “In the Q and A I asked about the number of papyri and later Greek mss. we have of 1 John. To say we only have 9 mss. with the CJ sounds devastating but there may not be that many extant mss. or early fragments of 1 John, so that the number that have the CJ might, in fact, be fairly respectable. DW did not know the details on the number of 1 John mss. off-hand.”

The question of the “early text” of 1 John has remained a question in my mind since that Q and A session.  It re-emerged as I listed to James White’s recent comments on the DL regarding the CJ and the significance of the modern papyri finds, including his assertion that the papyri have unequivocably affirmed the printed modern critical text.

I want to address two issues relating to the CJ and the papyri:

2.  What is the current modern academic assessment of the “early text” evidence for 1 John and the catholic epistles?

If you open the NA 28 (the most recent printed edition of the modern critical text, published in 2012) to the appendices you will find a listing of the papyri which have been discovered and catalogued by the German institute that records such things (pp. 792-799).  There are 127 papyri listed.  This number has increased with each new edition.  There were only 98 papyri listed in the NA 27 (1993).

If you look through these listings of papyri, how many of the 127 would you guess include any evidence from 1 John?  The answer is two.

The second is p74.  It is listed as dating from the seventh century.  It is kept in Cologne, Germany.  Of note is the fact that p74 is our oldest example of  a collection of Acts and the Catholic epistles.  It is fragmentary with portions of Acts, James, 1 John, 2 John, 3 John (only vv. 6, 12), and Jude.

Conclusion:  The extant papyri provide no direct evidence either for or against the CJ.  The modern decision to exclude the CJ is not based on papyri finds of the twentieth and twenty-first centuries.  Instead, it is based on acceptance of the authority of the uncials, especially Codices Sinaiticus and Vaticanus, in the nineteenth century.  As an aside we might note that the earliest citation of the text of the CJ is found in the controversial Spanish theologican Priscillian in his work Liber Apologeticus dated to c. AD 382.  It also appears in some fourth century Latin Bibles.

Second:  What is the current modern academic assessment of the “early text” evidence for 1 John and the catholic epistles? 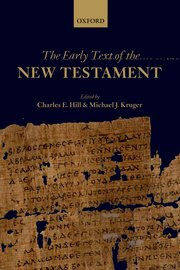 To address this question I turned to Charles E. Hill and Michael J. Kruger, Eds. The Early Text of the New Testament (Oxford University Press, 2012).

The book includes the survey chapter by J. K. Elliott “The Early Text of the Catholic Epistles” (chapter 11, pp. 204-224).  Note: Elliott is an emeritus professor of NT text criticism and an outspoken advocate of “thorough-going eclecticism.”

Let me share a few insights from Elliott’s summary of the “early text” of the catholic epistles, including 1 John.  By “early text” he means the mss. whose date of writing precedes that of the great uncials (i.e., the papyri).

First, he addresses the current massive Editio Critica Maior (ECM) project.  Interestingly he praises the editors for their willingness to deviate in some readings from the NA which he describes as “at one time seemingly promoted as the Standard Text, almost an immutable Textus Receptus redivivus” (p. 205).  He also praises the editors for included notations (a bold dot) indicating “allowance for an alternative reading to be considered ‘of equal value’ to the running text” (p. 205).

Second, he addresses Canon.  He notes that p74 is our earliest 8 book collection of Acts and the catholic epistles. There are only 30 such collections (whole or partial) prior to the ninth century.  He notes the early recognition of the four Gospels and Paul’s writings, but the late acceptance of Revelation and the Acts-catholic epistles collection.  See David Trobisch’s Paul’s Letter Collection (1994, 2001).

He observes:  “The canonical status of each letter may well have affected the way in which their text was copied, in the same way as the apocryphal writings exhibit a relatively free textual tradition with frequent additions, contradictions, and exegetical changes” (p. 207).

Third, he addresses Text Types.  He notes that the Münster Institute “has ceased using the old nomenclature of text types” (p. 207).  He agrees with D. C. Parker that “these terms are awkward and no longer appropriate for use throughout the NT.” He calls text types “anachronistic remnants of an earlier period of NT textual criticism” (p. 208).

Fourth, he addresses Text Values.  His point here is that it is illogical to judge early readings by their conformity to later readings.  He adds that “to judge an early manuscript (or any manuscript, for that matter) by its level of agreement with the Nestle text attributes to that editorially concocted printed edition an unwarranted superiority, and betrays an arrogance worthy only of ruthless marketing ploys” (p. 209).

Fifth, he discuss the Witnesses.  There are 8 papyri (and one awaiting publication, as of 2012) that might be dated earlier than the fourth century and one uncial fragment on parchment (codex 0206).

There are no “early witnesses” for 2 John and 3 John.

Sixth, he surveys these mss. noting their variations and affiliations.

Seventh, he offers his conclusions.

He begins by asking, “What do the early papyri add to our understanding of the textual heritage of the Catholic Epistles other than their early dates?” His answer is “But little” and “even to emphasize their early date is deceptive” (p. 223).

He continues:  “The age of a manuscript is of no significance when assessing textual variation, unless we know how many stages there were between the autograph and that copy and also what changes were made at each of the intervening stages.”  And then adds:  “No one has such information” (p. 223).

True to his method (“thoroughgoing eclecticism”), he continues:  “The age, number, and alleged pre-eminence of the manuscript should not be determinative.  What matters are an awareness of those readings that are compatible with our author’s style, language, or theology….  Papyri may or may not support the reading deemed earliest, and their attestation deserves to be taken no more seriously than in any other manuscript witness" (pp. 223-224).

Borrowing from Shakespeare, Elliott closes by suggesting that the papyri have had “greatness thrust upon them” for two reasons:  (1) they are all of “recent discovery” and (2) “the gullible believe that there is an unwarranted magic associated with their being written on papyrus” (p. 224).

There is little “early text” evidence for the catholic epistles in general and for 1 John in particular.

Modern academic text criticism is increasingly abandoning the concept of text types altogether and re-evaluating the role of the papyri in the reconstruction of the modern critical text.

It seems like James White was asserting the papyri text type affirms the validity of Aleph and B. And, since Aleph and B do not contain the CJ, the papyri don't either, because (he assumes) they all contain the same text. As you pointed out, the text type paradigm no longer carries the weight it once did, so White's assertion falls flat.

"What matters are an awareness of those readings that are compatible with our author’s style, language, or theology..."

The Johannine Comma summarises one of the most profound doctrines in the Bible as succinctly and accurately as one could manage. It also polishes what Matthew Henry, R.L. Dabney, and Edward Hills regard as a rough grammatical construction (they say that without the Comma, the passage is a "bald grammatical construction") see; TBS pamphlet on the subject. And the Johannine Comma happens to do these two very important things in a distinctly Johannine style, referring to the 2nd person of the Trinity in a way which only John did.

Thanks for the encouragement Christopher. It was interesting to see how minimal is the number of the early (pre-400) witnesses to the catholic epistles and to 1 John.

Most are good points however, to claim the authors theology should be a major factor runs contrary to Peter asserting men moved by the Spirit wrote what they themselves didn't understand. The author is God, not man. Language styles also are problematic as my times epistles were dictated and editing by the actual writer is evident.

As a layman I do thank faithful men like you who work carefully and appreciate the necessary polemics to bring us as reliable a text as possible.

Thanks for the comment JR. Yes, I agree that Scripture is God's Word. The question is once that word is inscripturated (written down), how has it been copied and transmitted.

Allow me to suggest also considering the warning about the papyri that, amazingly, comes from Kurt Aland.

This is documented (to a degree) here: