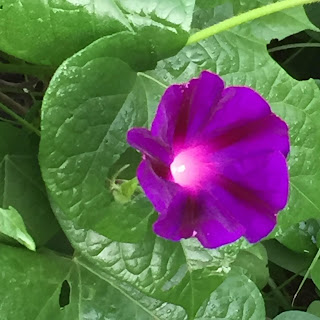 Looking unto Jesus the author and finisher of our faith; who for the joy that was set before him endured the cross, despising the shame, and is set down at the right hand of the throne of God (Hebrews 12:2).

Jesus is described in this verse by two distinct terms:

First, he is the author [archegos:  chief leader, prince, pioneer] of our faith.  Notice that Jesus was not listed in the faith hall of fame in Hebrews 11.  He is not merely as example of faith, but he is the source and ground of our faith.  He is the author of it.  Jesus is the one who must by grace light the fire of faith in a man’s heart.  You cannot will yourself to be a man of faith, no matter how many “believe” plaques you put up in your home!

Second, he is the finisher [teleiotes:  from telos, the end or goal; the perfecter; the one who brings to completion or maturity] of our faith.   Not only is Jesus the one who is responsible for the authorship of our salvation, but he is also responsible for its completion.  He is the source of our sanctification and our ultimate glorification.  Think of a master craftsman who takes a dull object, a block of material and who fashions or finishes it until it becomes a work of art.   Recall Paul’s words:  “Being confident of this very thing, that he which hath begun a good work in you will perform [epiteleo] it until the day of Jesus Christ” (Philippians 1:6).

After calling Jesus by these two terms, the inspired author moves on to describe at least two aspects of Jesus as the author and finisher of our faith:

First:  “Who for the joy that was set before him endured the cross, despising the shame.”

This phrase at first sounds strange.  What joy was set before a man who was enduring the excruciating pain of a brutal Roman execution?  Certainly, this does not mean joy as the world understands it.  In his suffering and death on the cross Jesus knew the soul satisfying joy of what his death was accomplishing.  He was laying down his life for his friends.  He was laying down his life as a ransom for many.  He was purchasing the elect by his blood.  More than that, he knew he was doing the will of God the Father.  He was perfecting the plan of salvation, which had been formulated in the divine counsels in eternity past.

The language here of Jesus enduring the cross calls to mind the distinction that theologians have made between the active and passive obedience of Christ.  His active obedience refers to his perfect law-keeping.  His passive obedience refers to his glad resignation to the will of God.  Paul describes this in his Christ hymn:  “And being found in fashion as a man, he humbled himself, and became obedient unto death, even the death of the cross” (Philippians 2:8).

All this came through the cross.  This is the only time in Hebrews where the word “cross [stauros]” explicitly appears.  Thus, it has a climactic effect.  There have been many references to the significance of the death of Jesus and, in particular, to the shedding of his blood as our priest and victim (e.g., Hebrews 9:11-14).

But now as we draw near to the end of Hebrews we have for the first time the explicit use of this powerful word:  the cross.  It is so precious a term that it seems the author does not want to over-use it, to make it common.  It is as though he utters the word with care, reverence, reserve.  You handle precious things very carefully.  The cross for person in the first century would have been a term that had connotations of the greatest shame.  Christians took that term and turned it around, understanding it to be a term of the greatest honor and glory.

Second, “he is set down at the right hand of the throne of God.”

This refers to the ultimate exaltation of Jesus.  This has been a theme already noted in Hebrews going back to the very beginning (cf. Hebrews 1:3: “when he had by himself purged our sins, sat down on the right hand of the Majesty on high”).

It assumes his resurrection from the dead, his appearances to his disciples, his ascension into heaven, his enthronement in the heavenlies, his present session or ruling, and it anticipates his coming again (cf. 1 Corinthians 15:3-8).

Indeed, we must constantly look to Jesus the author and finisher of our faith.

Grace and peace, Pastor Jeff Riddle
Posted by Jeffrey T. Riddle at 11:30 AM