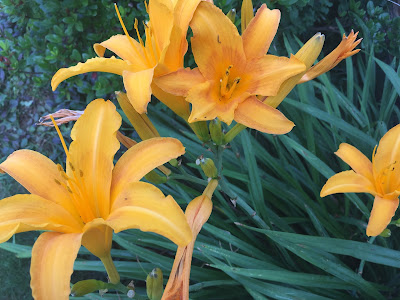 Hebrews 11:24 By faith Moses, when he was come to years, refused to be called the son of Pharaoh's daughter; 25 Choosing rather to suffer affliction with the people of God, than to enjoy the pleasures of sin for a season; 26 Esteeming the reproach of Christ greater riches than the treasures in Egypt: for he had respect unto the recompence of the reward.

We see Moses here as a willful agent.  He is no longer an infant.  Theologians sometimes speak about the illusive “age of accountability.”  Here the author simply says, “when he was come to years.”

What happened then?  First, it says, “he refused to be called the son of Pharaoh’s daughter” (v. 24).

Exodus 2:10 describes how the infant Moses was taken from the basket by Pharaoh’s daughter and was raised as her son.  But it proceeds to say: “And it came to pass in those days, when Moses was grown, that he went out unto his brethren, and looked on their burdens….” (v. 11).

We might describe this as akin to Moses’ conversion.  He separated himself from the world and associated himself with God’s people, lowly as they were.

As Paul wrote the Corinthians:

2 Corinthians 6:17 Wherefore come out from among them, and be ye separate, saith the Lord, and touch not the unclean thing; and I will receive you,
18 And will be a Father unto you, and ye shall be my sons and daughters, saith the Lord Almighty.

In the opening of Romans, Paul describes himself as “separated unto the gospel of God” (Romans 1:1).

Two further descriptions are given:

First, in v. 25, it says Moses was, “choosing rather to suffer affliction with the people of God, than to enjoy the pleasures of sin for a season.”

From a wordly perspective it seems like a fool’s bargain.  Would you rather suffer afflictions as a Christian (in some places that might mean being imprisoned or death; in others it might mean merely scorn and marginalization) or imbibe the pleasures of sin?

Some might wonder at the phrase “the pleasures of sin.”  How can the inspired writer say such a thing!  But let’s be honest:  Sin can appeal to the flesh, and it can appear pleasurable.  It can give fleeting fleshly satisfaction.  The key qualifying phrase, however, is “for a season.”  Sins’ pleasures are short-lived.  The truth is we usually see their demise in the life.  Drink and drugs promise escape, release, pleasure.  But it can end with hangovers, addiction, and destruction.  Adultery and promiscuity promise titillation, excitement, experience.  It ends with broken homes, shame, tears, and disease.

I recently read someone who compared the attainment of worldly pleasures to being like goods purchased with counterfeit money.  You can use fake money to buy real items but when they discover your money is counterfeit all those things are taken away and you are placed in jail.  Faith in Christ gives real capital to purchase real satisfaction that can never be taken away.

Second, in v. 26 it says Moses was “esteeming the reproach of Christ greater riches than the treasures in Egypt.”

That is a logically jarring statement.  The reproach of Christ (the snubs, insults, or indignities one receives from his association with or loyalty to Christ) are described as riches.  What is more, these riches are greater than the treasures of the world!  Compare the teaching of Jesus himself:

Matthew 6: 19 Lay not up for yourselves treasures upon earth, where moth and rust doth corrupt, and where thieves break through and steal:
20 But lay up for yourselves treasures in heaven, where neither moth nor rust doth corrupt, and where thieves do not break through nor steal:
21 For where your treasure is, there will your heart be also.

The key to Moses’ conversion and his separation comes in v. 26b:  “for he had respect unto the recompense of reward.”  Another way of saying this: He knew that he was not living just for this life. He knew that one day God will judge the living and the dead.  He knew that each man will one day have to give an account of his life and deeds before the judgment seat of Christ (2 Corinthians 5:10).

Grace and peace, Pastor Jeff Riddle
Posted by Jeffrey T. Riddle at 10:29 AM