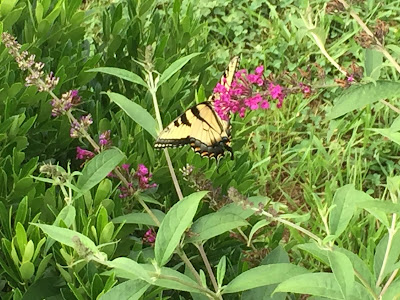 Note:  The devotion is taken from the conclusion of last Sunday morning’s sermon on Hebrews 11:30-40.

Hebrews 11:36 And others had trial of cruel mockings and scourgings, yea, moreover of bonds and imprisonment: 37 They were stoned, they were sawn asunder, were tempted, were slain with the sword: they wandered about in sheepskins and goatskins; being destitute, afflicted, tormented; 38 (Of whom the world was not worthy:) they wandered in deserts, and in mountains, and in dens and caves of the earth.

We have seen these men and women of faith described in Hebrews 11.  How can they help us?

From Jericho we learn that every victory is God’s victory (v. 30).

From Rahab we learn of God’s saving provision for all his elect who come under the scarlet ribbon of Christ’s blood (v. 31).

From the judges we learn of God’s use of sinful men and sinful circumstances (v. 32a).

From the string of testimonies to the saints who have suffered and died, those “of whom the world was not worthy,” who were believing, yet not receiving the fulfillment of the promise in their lifetimes (v. 39), we learn to endure (vv. 35-40).

How different is Biblical Christianity than the prosperity gospel!

The Christian faith, from the beginning, has been a suffering faith.  We have long collected the accounts of our sufferings, from the Old Testament record of the prophets, to the Faith Chapter in Hebrews 11, to Foxe’s Book of Martyrs, to modern memoirs of persecuted brethren.

The testimony was given several years ago of a young Muslim woman who had become a believer while a student in the US.  When she returned home and her conversion was discovered, she was nearly beaten to death by her family members till providentially rescued.  Of that experience she recalled that while being beaten she kept thinking, “You have a religion for which you are willing to kill. I now have a Savior for whom I am willing to die.”  That makes all the difference.  Let us live by faith.

Grace and peace, Pastor Jeff Riddle
Posted by Jeffrey T. Riddle at 10:57 AM