WM 132: Is there a "Confessional Text" movement? 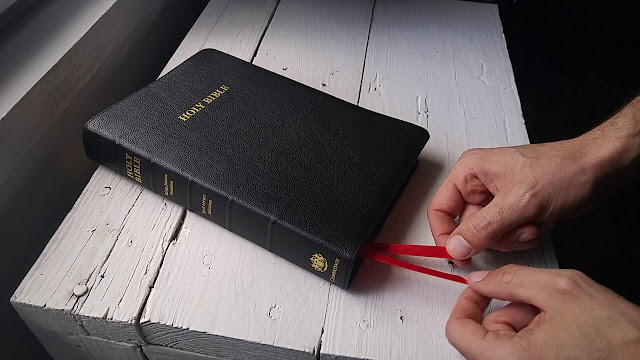 I have posted WM 132: Is there a "Confessional Text" movement? Listen here.

In this episode I want to offer some follow ups on various and sundry items related to this podcast and to the development of the Confessional Text “movement.” One question that might be posed: Is there a Confessional Text movement?

If there is such a movement September was an eventful month for it, and October seems to be shaping up to be pretty meaningful as well.

First: What is the proper frequency for this podcast?

This podcast has had some influence in this “movement.” How often should I try to do a WM? Should I try to do more polished presentations or just go “stream of consciousness”? What should it address?

Second: Follow up to WM 128 Richard F. Brash’s article on the Divine Original:

Thanks Jeff for engaging with my article.
I have a book coming out with Christian Focus this November, called "A Christian's Pocket Guide to how God Preserved the Bible."
In it I lay out my answers to some of the questions you posed in your review.
However, I should say that the book is not an "academic" one.
I expect that you will not agree with all of my conclusions in that book, but I'm grateful for your review here and I'll think more about how I might sharpen a response to your questions in future work.
In the Lord,
Richard

Third: Follow up to WM 130 Review: Peter J. Williams, Can We Trust the Gospels?

I had a charitable and engaging exchange with Dr. Williams by email after the podcast was published, which began with this note:

Thank you very much for your kind review. I am, for your information, a Reformed Baptist, definitely not Anglican. I also see myself as of the ipsissima verba school.
With very warmest regards,

The initial post explains the title and purpose of the blog:

“The Young, Textless, and Reformed” is a clever title crafted by Dr. Jeff Riddle, pastor of Christ Reformed Baptist Church in Louisa, Virginia. The title describes a young generation of Calvinists that were brought up in the environment of modern textual criticism, myself included. This generation is one of the first who did not grow up believing the woman caught in adultery is Scripture, and only know the dogmas of the modern critical text position. They are one of the first generations with a heavily changing text of the Bible.
This era of new Calvinists found their way to Reformed Theology by way of John MacArthur, John Piper, Mark Dever, RC Sproul and many more. These are teachers that have sparked a younger generation to travel down the old paths, back to the Puritans and confessional Christianity. Many of these young Calvinists have become disenchanted with the uncertainty of modern translations. Many of them have realized, and are realizing that a changing text is no text at all.
Despite the fluid nature of modern textual criticism, Christians are told that they can have confidence in their Bible, knowing that the scientists and scholars working on it will change it every five years. The best text that scholars have to offer is a text that is undecided and bipolar. This is allegedly the most faithful and defensible position on the text of Scripture.
Many Christians have already asked important questions that need to be answered regarding the modern critical text. If the Bible is liable to change, what does that mean for the doctrine of preservation? If Christians knew that the scholars crafting the New Testament didn’t believe they could find the original, would that change their mind on what they think of modern textual criticism? With this kind of information, the discerning Christian might come to the conclusion that an amorphous Bible is no Bible at all.
In this blog, I will examine the modern standards for textual criticism that are responsible for the footnotes, brackets, and new Bibles every five years, in contrast to the method that has been used since the Reformation by faithful theologians and scholars to receive what God has preserved as His Word.  The posts will be polemic with the aim of showing people that the modern methodologies are not the answer.
Taylor is proving to be a prolific writer and is bringing the CT position to a broader audience.
Fifth: Dane Johannsson, also from Agros, published an article on the Pulpit & Pen website titled “Five Good Reasons Reformed and Confessional Christians Should Use the KJV,” which has exposed more people to the CT position.
The five reasons are: theological, historical, evidential, personal, and pastoral.
He also posted a follow up article.

Listening to JW prompted me to google the definition for the word “histrionic”: “exaggerated dramatic behavior designed to attract attention.”

This is the work of Pastor Christian McShaffrey of Five Solas [Oops! In the podcast I wrongly identified the church as “Five Points”] OPC Church in Reedsburg, Wisconsin.

As you might imagine, there was plenty in Dr. Ward’s lecture with which I disagreed.

There is indeed a reasonable CT response to the “Which TR?” challenge and it will be given in due time.

That said, Ward’s presentation was generally measured and charitable, which was appreciated, especially in contrast to the approach of “he who shall not be named.”

Note: My review of Ward’s book Authorized: The Use and Misuse of the King James Bible will be in the next Bible League Quarterly (October-December 2019 issue).

Ninth: In my talk on the doctrine of Adoption at the 2019 Keach Conference last Saturday, I offered a few observations on the importance of the use of an English translation in the Tyndale/KJV stream for catching the Biblical terminology used in the Confession.

Tenth: The Text and Canon Conference will be coming soon: October 25-26.

When we meet I will have a new preaching/teaching Bible in my hands. I ordered a new Bible yesterday from evangelicalbible.com. I needed a preaching Bible to replace my Cambridge Concord which I received in 1992 when I was ordained.

I ended up ordering a Black Cambridge Turquoise Goatskin (with my name imprinted on front). I think this is the most expensive book I’ve ever bought. I imagine it might last me the rest of my life. Here’s a review of this Bible I found on youtube.com. I can’t wait to get this baby in my hands!

Bonus thought: Have you ever known a pastor or church committed to the TR who has jumped on the “Woke” SJW bandwagon?

Thank you for the kind word, Jeff (and I will reply to your email soon!).

A clarification for your readers/listeners. I don’t believe what I’m saying is contradictory: Confessional Bibliology and mainstream KJV-Onlyism both tend to appeal to the KJV as the standard for textual critical decisions, because both use Scrivener’s GNT. They are both, then “KJV-Only,” practically speaking—it’s just that Confessional Bibliology is KJV-Only when it comes to textual criticism, not necessarily when it comes to translation. But the two views also, because they commonly appeal to “the TR” in their doctrinal statements rather than specifying *Scrivener’s 1881/1894 TR*, end up in the same position as advocates for the critical text (whether they realize it or not), namely saying that the word of God is preserved in the totality of good manuscripts. They just differ with critical text advocates over which manuscripts count as “good.” What TR advocates don’t have—until you offer an answer to “Which TR?”—is perfect confidence in every jot and tittle. TR advocates have to do textual criticism, just like I do. Robert Truelove told me that the “Which TR?” question has been answered over and over, but by far the clearest answer I could find was in Hills (his answer was “the KJV”); so I’m interested to see you saying that an answer is forthcoming.

I want you to know, too, that I take your call seriously: I’ve got to have a positive theological justification for my critical text view. I think I have what I need, and I got it from Dirk Jongkind’s recent book. But it could use some more development, and I’m cogitating upon this.

P.S. Calling your view “Confessional Text” makes it hard to abbreviate, since CT is already taken! =)

I like the idea of getting the 2 of you together for a more formal conversation... or dare I say debate!

Thanks Mark. I read and interacted briefly with your comment on WM 134 (posted today, 10.9.19). Please let me know when your article on CB is published. I look forward to reading it.

Thanks for the comment Timothy. Yes, maybe Mark and I can do a "dialogue" (or whatever) in person sometime. I'm open.