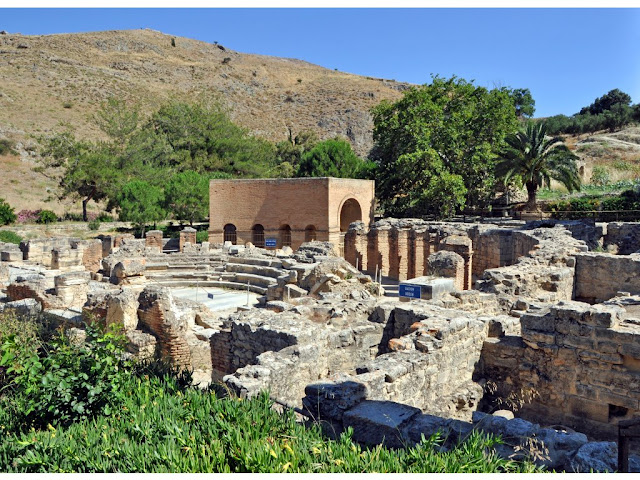 This is an occasional series of readings from and brief notes and commentary upon Eusebius of Caesarea’s The Ecclesiastical History. Here is Book 4, chapters 23-25. Listen here.

These chapters continue the record of some of the noted second century bishops and writers, first noted in EH.4.21. These include: Dionysius of Corinth; Theophilus of Antioch; and Philip of Gortyna (Crete).

Chapter 23 describes the ministry of Dionysius of Corinth, who wrote many letters to the churches. K. Lake notes that none of these are extant.

A letter to the Lacedaemonians.

A letter to the Athenians. He says that Dionysius the Areopagite of Acts 17 was the first bishop. A bishop named Publius was martyred, and the church declined spiritually until Quadratus became bishop.

A letter to the Nicomedians, in which he opposed Marcion.

A letter to Gortyna in Crete on welcoming Philip as bishop.

A letter to Amastris in Pontus, mentioning their bishop Palmas, with teaching on marriage, chastity, and backsliding.

A letter to Cnossus, with exhortations to the bishop Pinytos, and a charitable exchange between them.

A letter to the Romans and their bishop Soter. A quote is offered from the letter in which reference is made to their good works including ministering to Christians in the mines. K. Lake: “The mines were constantly used by the Romans as convict establishments, as work in them was regarded as unfit even for slaves” (382). Eusebius that he also the same letter quotes from a letter from Rome to Corinth (perhaps 1 Clement or, as Lake says Harnack suggested, 2 Clement).

A letter to a Christian woman named Chrysophora offering her “the proper spiritual food.”

Chapter 24 describes the ministry of Theophilus of Antioch. He is said to have written three “elementary treatises” to Autolycus and another work titled Against the Heresy of Hermogenes among others. He is especially commended for driving off heretics from Christ’s sheep like wild beasts. He was succeeded as bishop by Maximinus (7th from the apostles).

Chapter 25 describes the ministry of Philip of Gortyna in Crete, who, like Irenaeus and Modestus, also wrote against Marcion.

Eusebius continues to trace and commend these bishops who were writers and defenders of orthodoxy against heretical teaching.