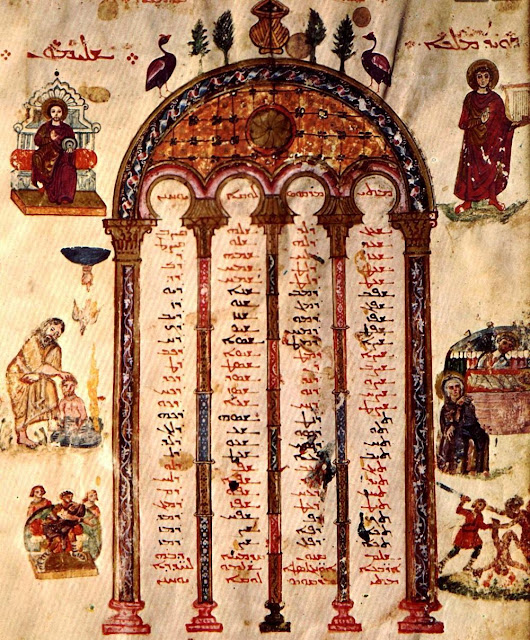 This is an occasional series of readings from and brief notes and commentary upon Eusebius of Caesarea’s The Ecclesiastical History. Here is Book 4, chapters 27-30. Listen here.

These chapters continue the discussion of various early Christians writers, theologians, and apologists.

Chapter 27 describes the ministry of Apolinarius of Hierapolis. In addition to his apology to Marcus Aurelius (mentioned in ch. 26), Eusebius notes the following from his pen:

Five books Against the Greeks

Books one and two On the Truth

Books one and two Against the Jews

A treatise against the heresy of the Phrygians (a movement contemporaneous with and related to Montanus).

The two works against Greeks and Jews, shows the precarious state of Christians as neither Jews nor pagans.

Chapter 28 describes the writing of Musanus against the heresy of the Encratites. Lake explains, “they seemed to have preached an ascetic doctrine somewhat resembling that of later Manichaeans” (395).

Chapter 29 traces the roots of the Encratite movement to Tatian as “the author of this error.” Eusebius cites Irenaeus who said the Encratite ideas had come from Saturninus and Marcion, but had been introduced by Tatian, who had been a “hearer” of Justin Martyr, but who had left the church after Justin’s martyrdom.

The Encratites are described as preaching against marriage, annulling the orthodox doctrine of creation, especially the special creation of man and woman. It is noted that Tatian, in particular, denied the salvation of Adam.

The movement was later led by one Severus and the followers are also known as the Severiani. These, Eusebius says, used the Law and the Prophets of the OT and the Gospels of the NT, according to their peculiar interpretations, but rejected Paul’s letters and the book of Acts.

Eusebius also surveys the writings of Tatian, including:

The Diatessaron (a harmony of the four Gospels)

A paraphrase of the apostles, “correcting their style”

Against the Greeks (the only work that Eusebius says the orthodox might find helpful).

Chapter 30 introduces Bardesanes of Mesopotamia “an able man and skilled in Syriac” and “a powerful arguer” who wrote against Marcion. His most noteworthy work was a dialogue with Antoninus (Marcus Aurelius) Concerning Fate. He wrote in Syriac and his works were translated into Greek. Eusebius notes he had formerly been a Valentinian but had become orthodox. Nevertheless, “he did not completely clean off the filth of this ancient heresy.”

The book ends rather abruptly with the announcement of the death of Soter of Rome.

Eusebius continues to stress the clash of orthodoxy and heresy in pre-Constantinian Christianity. Of note is the discussion of the Encratites and the battle over the canon of Scripture, as well as the discussion of Tatian and his Diatessaron, which was rejected by the orthodox who affirmed four separate and distinct canonical Gospels.