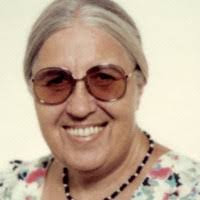 I have posted WM 133: Eta Linnemann's Rejection of the Historical-Critical Method. Listen here.

In this episode I want to call attention to the life and thought of a German scholar named Eta Linnnemann (1926-2009), a German scholar who studied with Bultmann, gained a prestigious academic post, but who then rejected the method in which she had been trained, as she embraced evangelical faith.

Linnemann’s experience was called to mind when someone posted a comment to a 2012 blog post I wrote on Linnemann.

Could you please recommend me some other writers like Eta?

To which I responded with the following suggestions (edited):

One key to recovery of the confessional text among otherwise conservative evangelical and Reformed brethren must be questioning the influence and direction of Enlightenment influenced modern historical-critical method, including in the area of text criticism.

Linnemann devoted the last years of her scholarly work to challenging modern historical-critical approaches to the Synoptic Problem, which, using Source Criticism, posited Markan Priority, Q, and various theories about the literary dependence of the Gospels, that ultimately served to undermine their historicity, reliability, and authority. Her key work in this area was Is There a Synoptic Problem? Rethinking the Literary Dependence of the First Three Gospels (Baker Books, 1993). The closing epilogue to Is There a Synoptic Problem? Is worth hearing (pp. 209-210).

I do not know Linnemann’s views on text criticism, but one wonders what conclusions she might have reached had she turned her attention to this.

What? How do you turn a post about Dr. Linnemann rejecting her Doctor Vater, Bultmann and his esoteric theology into a post about the supposed ‘confessional text’ when you even admit you have no idea what her text critical thoughts where. Talk about a singleminded focus, regardless of its relevance to the topic.
Tim

TJ, thanks for listening and commenting. With respect, I don't think it is inappropriate to draw a parallel between what it meant for Dr. Linnemann to reject the h-c method and what it takes for someone to break from modern text criticism, or even to ponder whether her commitments would have put her on a trajectory toward the traditional text. That said, even if she did not go there I still appreciate her take on the "Synoptic Problem." My point: It's worth learning from her experience.