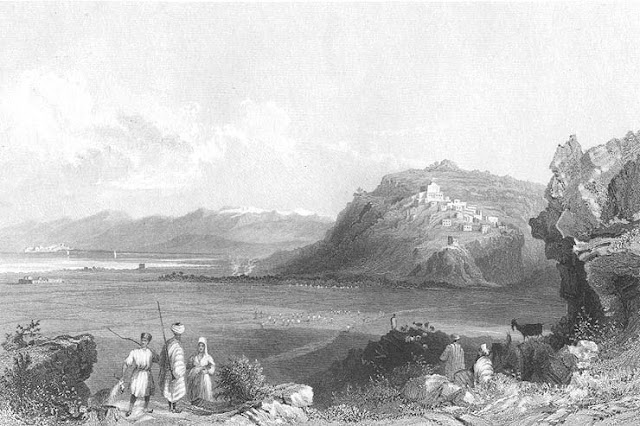 Note: Devotion take from last Sunday's sermon on 1 Kings 17 (audio not yet posted).

And the woman said to Elijah, Now by this word I know that thou art a man of God, and that the word of the LORD in thy mouth is truth (1 Kings 17:24).

1 Kings 17 divides very easily into three parts, each describing the ministry of Elijah and the miraculous power that accompanied it:

Here are at least five spiritual gleanings from 1 Kings 17:

First: We learn here how God provides for his people, even in the midst of difficult circumstances.

He gives us a hiding place. He leads us by still waters. He sends his ravens.

The believer may not always have more than enough, but he often has just enough from God’s hand.

So, Christ taught his anxious disciples not to take thought for what they would eat or drink or wear, but “Behold the fowls of the air: for they sow not, neither do they reap, nor gather into barns; yet your heavenly Father feedeth them. Are ye not much better than they?” (Matt 6:26).

Second: We learn about God’s care not only for his servants but also for the spiritually poor and destitute, for the fatherless and the widow.

When Christ visited his hometown synagogue in Luke 4 we are told that his fellow Jews did not receive him as the Messiah. The Lord Jesus reflected, “No prophet is accepted in his own country” (v. 24). He then recalled 1 Kings 16, noting that though there were many widows in Israel in the days of Elijah, the prophet was sent instead to the widow of Zaraphath in Zidon (Luke 4:25). The unspoken meaning was clear. If his fellow Jewish townsmen would not receive him, he would go to others, even to Gentiles.

This so infuriated those in Nazareth that they took Christ to the brow of the hill on which the city was built to cast him down “headlong” (v. 29), but, Luke says, “he passing through the midst of them went his way” (v. 30).

If we will not honor Christ someone else will.

Third: We learn here that God can take resources that are mean and insufficient and make them more than adequate—even unendingly adequate—for the times in which they are needed.

Fourth: We learn how God can take those who are dead and bring them to life.

Just as Elijah raised the widow’s son, Christ raised the only son of the widow of Nain (Luke 7:11-17). He also raised Lazarus from the dead (John 11).

What is most astounding, however, is that he takes those who are spiritually dead, and he raises them to new life through that same resurrection power (Eph 2:1).

Fifth: We learn here about the persistence and the truth of God’s word.

God never fails to send his word. He sends it in every generation. He no longer sends his prophets as he did in the days of Elijah, because he has now sent his Son (Heb 1:1), and his Son sent forth his Apostles (Matt 28:19-20), and part of their mission was to give to his people the Word of God written (John 20:31). And now the Lord sends his elders and preachers to proclaim that Word (2 Tim 4:1-2).

We can say of all Scripture what this widow said of Elijah: “the word of the LORD in thy mouth is truth.” Christ’s prayer for the disciples in John 17:17 was “Sanctify them through thy truth: thy word is truth.”

Faith in Christ goes hand in hand with faith in his written Word. One cannot have a high view of Christ and a low view of the Bible.