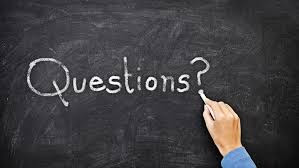 I have posted WM 125: Q & A: Text, Translation, Preservation, Canon. You can listen here. In this episode I respond to three recent sets of questions sent to me by podcast listeners. Below are the questions (in italic) and my response notes (in bold):

Might you consider this Q/A for a Word Magazine broadcast (unless you’ve already addressed it; I don’t recall coming across this anywhere yet)?  When one holds to the Traditional/Confessional Text, how should we view and interact with: (i) the Critical Text (i.e. text(s) resulting from Reasoned Eclecticism); (ii) English translations from the CT?  This, particularly in light of the reality that, if one holds to the TT one would presumably view the CT as being an “adding to or taking away from” Scripture, which is a most serious thing.  Thus, do we view the CT and translations thereof still as Scripture, as parts of Scripture, as study resources only, or in some other type of category?

I can use critical texts and translations based upon them as study tools.

As far as translations go, I can consider them the Word of God to the degree that they reflect the Hebrew and Greek original. In places where they depart from the original, they are deficient.

For authoritative study, preaching, and teaching I will prefer to study the received text and translations based upon it.

Will this be a test of fellowship? I can have fellowship with those who disagree but I reserve the right to advocate for my position.

Practically speaking I think it is wise for a local church to have an agreed upon text for its liturgical and doctrinal ministries. I prefer the traditional text.

Hope this finds you well!

I want to get a better understanding of your view of the preservation of scripture. I've been thinking about what we can both agree it's not. Do we agree on these bullet points?

Response: I am not a fan of this format. Rather than offer some interpretation of what you think I may or may not agree with why not simply take something I have written or said and note your own agreement or disagreement?

Preservation does not mean a guarantee that God's people somewhere on earth will have the perfectly preserved word at any given point in time. The Textas Receptas [Textus Receptus?] did not exist until the 16th century. There was no Greek manuscript that perfectly matched the TR prior to the TR. Thus, if the TR is the perfectly inspired and preserved Word of God, then no single person [manuscript?] contained the perfectly inspired word of God prior to the 16th century. And moreover, it was centuries after Christ before any Christians had the full cannon in possession anyway.

I disagree with every sentence in this statement.

Preservation means that God’s Word has been “kept pure in all ages” (confession 1:8).

The received text did not come into existence only in the sixteenth century. It is identical with the divine original.

Christians had the “full canon” the moment the last canonical book was written.

Preservation does not mean a guarantee that translations won't mess things up. No translation is perfect. Theological Propaedeutic [Philip Schaff, 1892] on page 193 gives a list of places where the KJV mistranslates things, for instance, including a place where it gets the gender wrong, being imprecisely gender-neutral instead of masculine.

I am not familiar with this Schaff work but know he was a modern critical text advocate.

I would have to review his perceived KJV “mistranslations” one by one to see if they have any merit or if, as I suppose, they might be contested.

I disagree with the first sentence. See again Confession 1:8.

Preservation does not guarantee that the Bible does not change from one generation to the next. The TR changed much in the 16th century, and conjectural emendations such as the TR's reading of Luke 2:22, based purely on theological reasons, were later found to have (admittedly very narrow) manuscript evidence. I don't think it's putting words in anyone's mouth to say that a TR advocate would point to this as a divine attestation that the conjecture was providential and well-founded; but underlying this conviction betrays the admission that new manuscript discoveries can indeed influence our position and that this need not be shied away from.

I disagree with every sentence in this paragraph.

Preservation does guarantee that the Bible does not change.

The printed TR tradition did not change much (i.e., it was not wildly unstable) in the sixteenth century and Luke 2:22 is not an example that proves a defeater for the Confessional Text position (see Agros podcast #12). Please note the distinction made by Jan Krans between an emendatio ingenii ope (‘emendation by means of reasoning’) and an  emendatio codice ope (‘emendation by means of manuscripts’).

You talk about how your disagreements with modern textual critics are a fundamental disagreement about the preservation of God's word. You also talk about the fact that maybe there are impurities in the TR or slight changes that ought to be made. Please correct me if I'm overstating the case of our agreement in these above tenants. I'm struggling to understand what a TR-only advocate's view of preservation is.

As a point of reference, this is what I've mentally constructed, based on our areas of agreement, as to what a TR advocates' view of preservation looks like. "For the first 15 centuries nobody had the Word of God in its full purity. There were editions that came close, but none of them fully hit the mark, for none of them matched the TR. And then through a one hundred years of editing through textual criticism of liberals who denied justification by faith and who in their doctrinal impurity are similar to modern 20th and 21st century textual critics, we went through the process of getting the TR. The changes were evolutionary and demonstrably based on scientific study of the available texts when we read these scholars in their own words. Lots of changes were made throughout this 100 years, many of them speculative, many of them seemingly in error, but through God's providence, what emerged is the closest thing we're ever going to get, nay, even the perfect Word of God. And any attempt to revisit this (including the efforts of Maurice A. Robinson at assembling a Byzantine priority text that seeks to fix the perceived problems in the TR) are unnecessary and should be decried as a rejection of the Received Text and a waste of time."

Is that woefully missing the mark? How off am I? I want to fairly understand the case as best as possible.

Your “reconstruction” of the TR position is not something I recognize. What is this 100 year process? Who were the scholars working on this who rejected justification by faith and held other doctrinal errors similar to those held by modern text critics of the nineteenth century? Are you talking about Erasmus? This was not true of the Protestant orthodox (like Stephanus and Beza) who produced the printed editions of the TR.

What is the TR advocate's view of preservation? If we agree on the bullets, where does the disagreement lie, exactly? It seems we both agree that things were messy for the first 15 centuries — failing to do so is to deny history, inasmuch as the TR has important deviations from the majority text and has no full support of any single manuscript. It seems we disagree on whether that messiness has continued for the past 5 centuries or not. But for two people to have a disagreement about something that occurred 75% into New Testament history does not require a fundamental disagreement about the nature of the preservation of scripture, which tells me that there's something more here. Something I'm missing or misunderstanding. Can you help me here?

As noted above I have little, if any, agreement with the points you noted above.

The confessional text is NOT that “things were messy for the first 15 centuries.” No, God’s Word was “by His singular care and providence kept pure in all ages.” The true text has not been “messy.” It has always been challenged, abused, ridiculed, and attempts have been made to alter and distort it. This has been true since the time of the apostles (2 Peter 3:15-16; Rev 22:18-19). The printing, editing, and promulgating the traditional text was of providential importance in the sixteenth-seventeenth century, but God’s word has always been kept pure. Christ’s sheep have always heard his voice in it.

As time may allow you…

1.    Thx for your post Audio and Video available from SEBTS's 2019 "Linguistics and New Testament Greek" Conference at http://www.jeffriddle.net/2019/06/audio-and-video-available-from-sebtss.html.  Just wondering whether to dip in or not… my objective at present is to form a more solid understanding of text criticism and understand the key aspects to the “two sides”… will listening to the link(s) contribute to that personal objective in your view?   Was this conference curved toward reasoned eclecticism (deliberate or otherwise)?

2. Would you hold to the canon being closed at the Reformation rather than by, or toward the end, of the 300’s AD?  I’ve heard Pastor Truelove’s several sermons on this now and taking pause for thought… I think I understand the historical nature of canonicity, but it strikes me that closure of same late provides historically challenges if not practical textual ones (i.e. if the canon closed late why can’t the text similarly ‘settle’ late?).

On #1: Though a few of these lectures are pitched at an introductory level, most are pitched to those who hold at least an intermediate level of Greek. Much of this is relevant for text criticism and all speakers would likely support the reasoned eclectic view.

On #2: I would say the canon was closed when the last canonical book was written. The question is: When do we have the first instance when the canon was recognized/acknowledged? This was not defined confessionally until the Reformation era. Canon is still a dividing line between RC, Orthodox, and Protestants.