Eusebius, EH.3.1-3: The Apostles and Their Writings 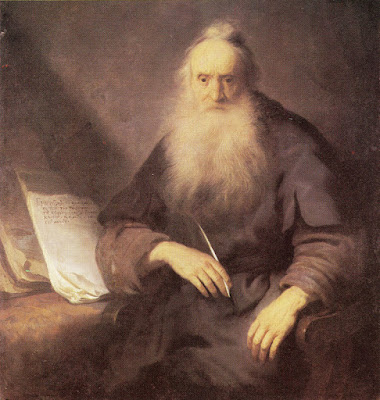 A new post has been added to the series on Eusebius of Caesarea’s The Ecclesiastical History: Book 3, chapters 1-3 (listen here):

Book 3 begins with an account of the apostles and a discussion of the canonicity of some of the early Christian writings.

Chapter 1 notes the scattering of the apostles:

Peter: To Jews of the dispersion and then Rome where he died as a martyr.

Paul: From Jerusalem to Illyria and a martyr’s death in Rome.

The source cited is Origen’s commentary on Genesis.

Chapter 2 is brief and notes Linus (cf. 2 Tim 4:21) as the first bishop of Rome after the deaths of Peter and Paul.

Of Peter’s writings only 1 Peter is noted as beyond dispute. 2 Peter is not held to be canonical by some but is received by others.

Other works associated with Peter like the Acts of Peter, the Gospel of Peter, the Preaching of Peter, and the Revelation (Apocalypse) of Peter, says Eusebius, are not acknowledged “among the catholics [en katholikois]” or cited by any ancient or contemporary “orthodox writer [ekklesiastikos sungrapheus].”

Among Paul’s writings, Eusebius notes the 14 letter of Paul, among which Hebrews was challenged by the church of Rome with regard to whether it was by Paul.

The Acts of Paul is rejected.

The Shepherd of Hermas (cf. Rom 16:14) has also been rejected but found useful by some for use with those who need “elementary instruction.”

Here we see the process of the recognition (not formation) of the canon at work.