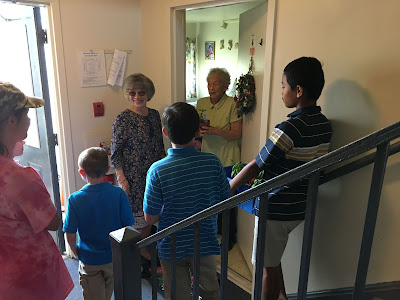 1 Kings 3:5: In Gibeon the LORD appeared to Solomon in a dream by night: and God said, Ask what I shall give thee.

1 Kings 3:9: Give therefore thy servant an understanding heart to judge thy people, that I may discern between good and bad: for who is able to judge this thy so great a people?

1 Kings 3:10: And the speech pleased the LORD, that Solomon had asked this thing.

Solomon offers a prayerful response. One commentator observed: “we may rightly take Solomon’s prayer as instructive in the art of prayer” (Dale Ralph Davis, 1 Kings, 34).

Solomon begins by rehearsing the Lord’s goodness in fulfilling his promise to David his father, that he would have a son sit on the throne of Israel (vv. 6-7a; cf. 2 Sam 7:12ff).

We also see Solomon’s humility as he says, “and I am but a little child…” (v. 7b). Think of how dependent a child is on his parents to care for him. Such was Solomon’s dependence on the heavenly Father.

Solomon further notes the honor of his having been set “in the midst” as king among God’s people (v. 8).

Solomon then asks the Lord to give him a heart of understanding (or, a “hearing heart”), so that he might judge the people and discern between good and evil (v. 9). The word “heart” does not have the sentimental meaning of modern usage, but it refers to the seat of the intellect, affection, and will.

This pleased the Lord (v. 10). We want to be God-pleasers and not man-pleasers. We want to have the smile of God on our words and deeds. Solomon had this peculiar favor!

Now consider how you might respond should the Lord say to you, “Ask what I shall give thee.” What do you need or want most from the Lord? Would you ask for something that merely pleases the flesh? Or, would you ask the Lord to give you an understanding heart, so that you might best serve him and his people?

Consider James 1:5: “If any of you lack wisdom, let him ask of God, that giveth to all men liberally, and upbraideth not; and it shall be given him.”