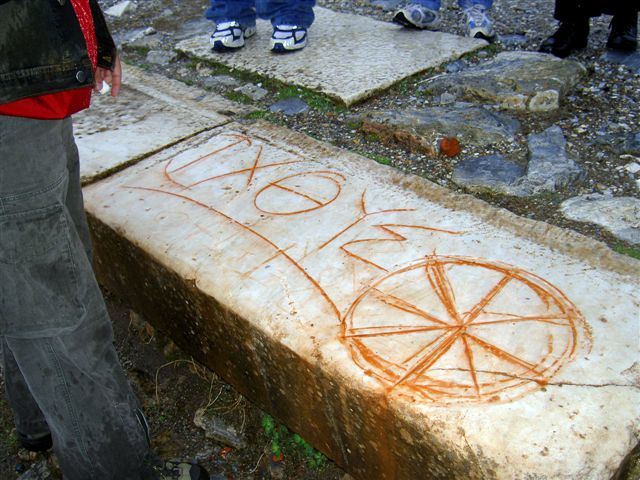 I have posted the next installment in the series through Eusebius's The Ecclesiastical History, adding book 1, chapter 3 (Listen here).

In this chapter, Eusebius reflects on the name “Jesus” and the title “Christ” (he takes both to be titles) and their OT background.

He contends that Moses used the title “Christ” in reference to the High Priest and he sees significance in the fact that his successor was named “Jesus” or Joshua.

At one point he refers to Jesus as “the divine and heavenly Logos, of the world, the only High Priest, of all creation, the only king, of the prophets the only archprophet of the Father.” This expresses the idea of Christ as holding a threefold office of Prophet, Priest, and King [here ordered as Priest, King, and Prophet].

He later offers as a proof for Christ’s superiority the success and spread of Christianity, noting that he “is called Christ among all men throughout the whole world; that under this title he is confessed and borne witness to by all, and is mentioned thus by Jews, Greeks, and barbarians; that until this present day he is honoured by his worshippers throughout the whole world as king, wondered at more than a prophet, and glorified as the true and holy High Priest of God….” Again, see the threefold office stressed.

As previously noted, we must examine Eusebius’s Christology with care, keeping in mind that he was accused of Arian tendencies.

Eusebius is such a fascinating character in both world history and Christian history. I remember (vaguely) in my Western Civ class in undergrad that my professor tried to defend the veracity of what Eusebius wrote while also explaining the political and religious setting of his "Church History." I often think it would be worthwhile to read all the Eusebius wrote, rather than the (extended) quotes in various textbooks.

His hermeneutics and theology gotta be a hot topic of debate amongst scholar. Thanks for posting.

BM, thanks for the comment. Agreed. The interesting thing is that he quotes so many earlier Christian authors and thinkers. I read through the EH years ago and have gone back repeatedly to check quotes on various topics. I've enjoyed the read-thru so far, though we're just getting started, and, DV, look forward to continuing to the end (eventually!). Thanks again for the encouragement.